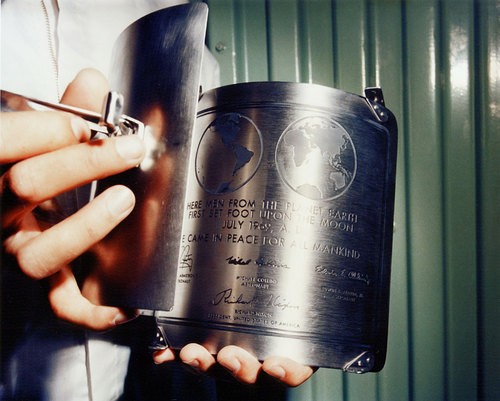 A technician holds the Apollo 11 plaque before it is attached to the front landing leg of the Lunar Module. The plaque reads: "Here men from the planet Earth first set foot upon the moon. July 1969, A.D. We came in peace for all mankind." Also included were the signatures of astronauts Neil Armstrong, Michael Collins and Buzz Aldrin, and of President Richard Nixon.

See our biography of Michael Collins 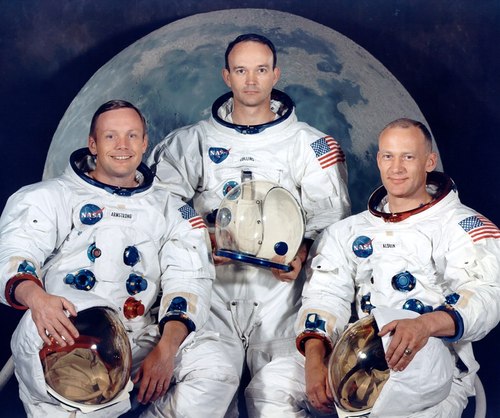 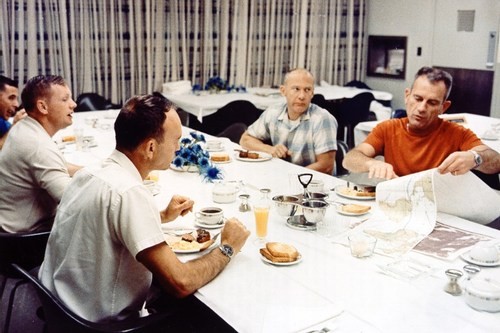