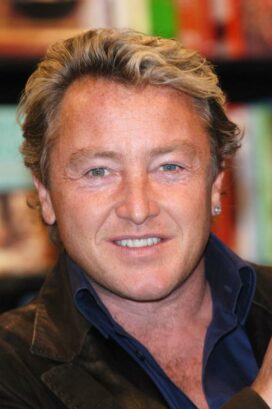 Dance impresario Michael Flatley was raised in Chicago by Irish parents and took up dancing in earnest at age 11. In 1994 he became principal choreographer and dancer for the musical revue Riverdance.

The show was an unexpected smash hit and it launched an Irish dance craze in the US and Europe, with Michael Flatley front and center. Flatley’s quick feet and bare-chested flair made him a star, but he left the show eight months later after disputes with the show’s producers over money and his part in the show’s creation.

He soon unveiled his own hit touring dance show, Lord of the Dance, in which he starred from 1996-98. He followed that with the ensemble show Feet of Flames. In 2005 he returned to the stage with a new touring show, Celtic Tiger. In 2022, Flatley branched out into movies, releasing the spy thriller Blackbird, which he wrote, directed, produced, starred in, and financed. He published his autobiography, Lord of the Dance: My Story, in 2006.

Michael Flatley married Niamh O’Brien in 2006; she was a dancer in the original production of Riverdance. Their only child, a son named Michael Jr., was born in 2007.

Michael Flatley’s fans call themselves “Flatheads”… According to his official site, Michael Flatley holds the record for “highest insurance premium placed on a dancer’s legs – a mind-boggling $40,000,000″… Michael Flatley also set a world record for tap-dancing speed in 1998, with a pace of 35 taps per second… The original show Riverdance was a musical interlude during the Eurovision song contest of 1994, which was held in Dublin

Something in Common with Michael Flatley