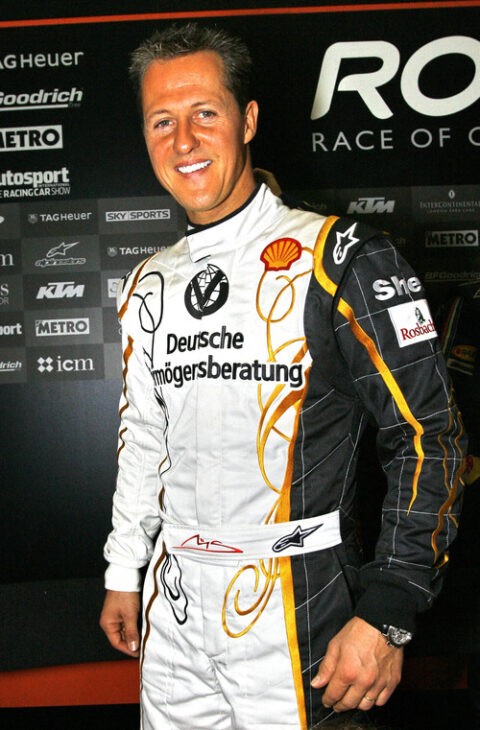 Formula 1 driver Michael Schumacher poses in his racing suit at "The Race of Champions," held at Wembley Stadium in London, England on December 14, 2008.

Per Wikipedia, the Race of Champions is "the only competition in the world where stars from Formula One, World Rally Championship, IndyCar, NASCAR, sports cars and touring cars compete against each other, going head-to-head in identical cars." And yes, they actually lay down a temporary asphalt race track inside of Wembley Stadium for the race.
PREVIOUS

See our biography of Michael Schumacher 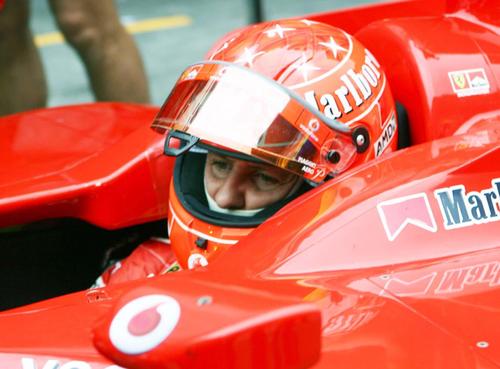 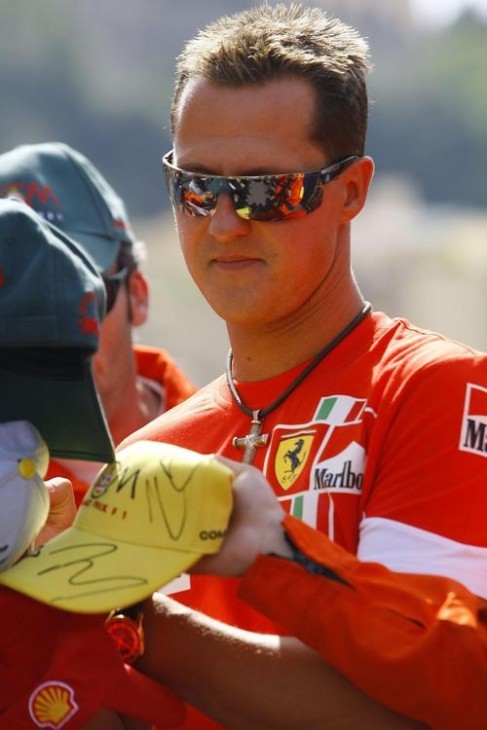