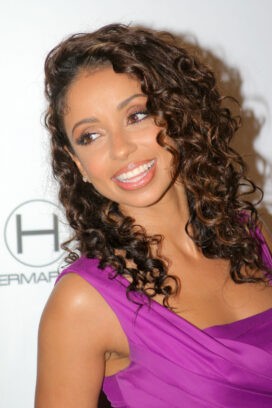 Mya is best known for her soulful singing on R&B and rap hits such as “Ghetto Superstar” (with Pras and O.D.B.) and “Fallen” (with Chingy). Mya grew up in Washington, D.C., then moved to New York to establish herself as a singer and dancer. She signed a record deal with Interscope Records in 1998 and released a self-titled debut album that included the hits “Movin’ On” and “It’s All About Me.” Since then she has released two more albums, Fear of Flying (2000) and Moodring (2003), and made her mark in videos, movies and video games. She has collaborated with many R&B and hip-hop artists, including Missy Elliott and Jay-Z, and in 2001 performed with Pink, Christina Aguilera and Lil Kim in the video “Lady Marmalade” (from the movie Moulin Rouge). She has also appeared in the films Chicago (2002, with Queen Latifah) and Dirty Dancing: Havana Nights (2004), and in the James Bond video game Everything or Nothing (2004).

Something in Common with Mya