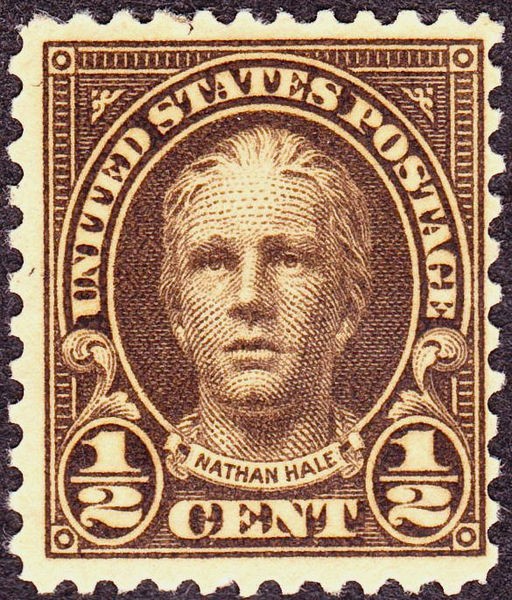 An American postage stamp with a portrait of Nathan Hale. The half-cent stamp was issued by the U.S. Postal Service in the 1920s. Nathan Hale was only 21 when he was hanged by the British for spying in 1776.

(Stamp photo via Wikimedia Commons, scanned by user Gwillhickers. The image of Nathan Hale was based on a statue by Bela Lyon Pratt.)

See our biography of Nathan Hale