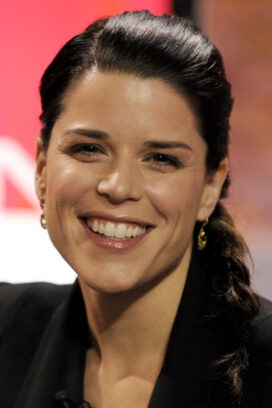 It’s a toss-up whether Neve Campbell is more famous for her work in the Scream horror movies or for her Fox TV series, Party of Five. She appeared in three Scream films (1996, 1997 and 2000), co-starring with other young stars like Drew Barrymore, Courtney Cox and Jenny McCarthy. Party of Five is where she first became a star, playing the “scholarly but rebellious” sister in a struggling family of five kids; the show ran from 1994-2000 and co-starred Matthew Fox. Campbell also co-starred with Denise Richards in the 1998 movie Wild Things. A former ballet dancer, Campbell produced, co-wrote and starred in the 2004 dance film The Company.

Her first name is pronounced nev as in “never.”

Something in Common with Neve Campbell