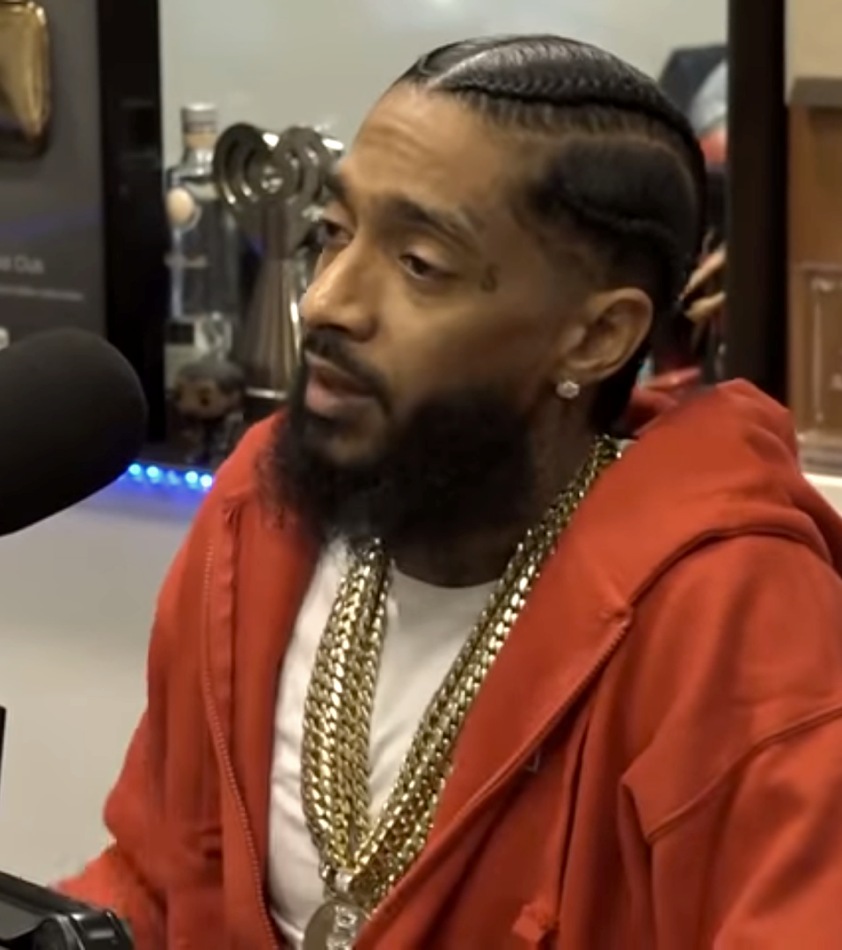 Nipsey Hussle was the performing name of Californian rapper Ermias Asghedom, who was shot to death in 2019, just weeks after being nominated for a Grammy for his debut album, Victory Lap.

From the Hyde Park neighborhood of Los Angeles, Hussle made no secret of his gang affiliations as a teenager, a life he left behind after a trip to East Africa in 2004 (his father is from Eritrea).

Hussle began his recording career making mixtapes, and over a decade he earned a reputation in Los Angeles that led to a contract with Epic Records and more mixtape releases.

His third mixtape, Crenshaw, received local attention and critical praise from insiders, but his album release was delayed while he switched labels to Atlantic. In the meantime, Hussle was getting noticed for his business model: he released digital copies of Crenshaw for free, and sold 1,000 physical copies for $100 each. Rumor spread that Jay-Z had bought 100 of them.

Hussle’s Victory Lap was released in early 2018, and his star was on the rise. Although he lost the Grammy for best rap album to Cardi B, he was getting mainstream attention.

Back at his home in Los Angeles, Hussle opened a clothing store, bought a strip mall and put money into programs for science education.

He was at his clothing store on March 31 when he was shot five times by a lone gunman and died at the scene. He was 33 years old.

The name Nipsey Hussle is a play on the stage name of Nipsey Russell, a rhyming comedian who was popular in the 1960s and ’70s.

Something in Common with Nipsey Hussle