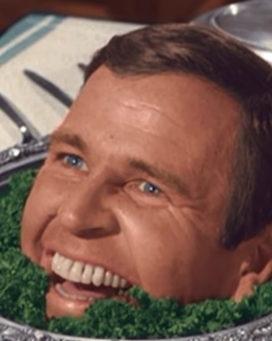 Paul Lynde had a long and varied career as a comic actor, but baby boomers remember him for two particular roles: as Uncle Arthur in the 1960s TV series Bewitched, and as a wisecracking celebrity guest on the long-running game show The Hollywood Squares.

Lynde got his start in New York, first as a comedian then as a Broadway actor.

During the 1960s and ’70s he appeared on the big screen in tepid comedies and was a frequent guest on prime-time variety shows, especially on ABC.

As a guest on The Hollywood Squares, Lynde attained top billing and was famous for his one-liners and mastery of innuendo.

Young moviegoers know Lynde’s voice from the animated feature Charlotte’s Web (1973) — he was Templeton (the rat).

Something in Common with Paul Lynde