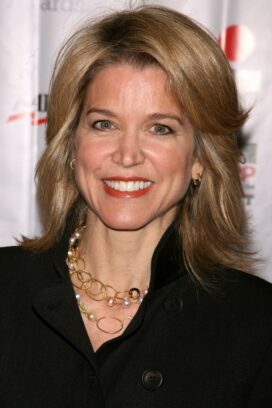 Analysis of the infamous 2002 'just a little sexy' Zahn promo

She Made It: Paula Zahn

Glowing bio of Zahn from the Paley Center for Media

Paula Zahn used a cello scholarship to get a degree in journalism from Stephens College in Missouri, and from there she jumped into the TV news business. After working her way through the ranks of local stations in Dallas, Boston and elsewhere, and then serving a three-year stint at ABC News, she became a co-anchor for CBS This Morning. She held that post from 1990 to 1996, and also co-hosted the network’s coverage of the Winter Olympics in 1992 and again in 1994. In 1999 Zahn joined the Fox Network and became host of the news program The Edge. On 5 September 2001 she was fired by Fox News, which accused her of breaching her contract; the next day she signed with rival news network CNN, and was on the air for the infamous attacks of September 11th. Zahn remained with CNN until 2007, when she announced she would leave the network, saying “For the first time in 30 years, I’m going to take a break here.”

Zahn married businessman Richard Cohen in 1987. They have three children: Haley and sons Jared and Austin. Zahn and Cohen separated in 2007… Zahn graduated from Stephens College in 1978… She has continued to play the cello and made her Carnegie Hall debut in 1992, playing with the New York Pops orchestra.

Something in Common with Paula Zahn