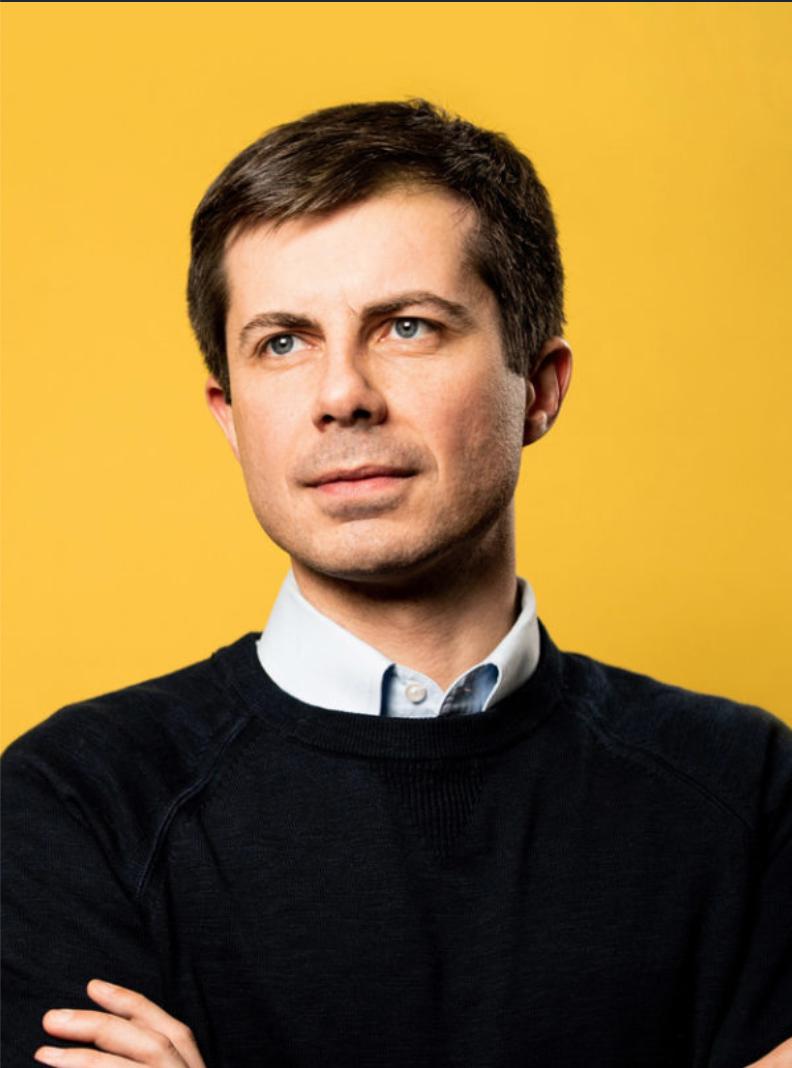 Pete Buttigieg was the mayor of South Bend, Indiana whose unusual pedigree — Navy reservist, Rhodes scholar, married gay man, small-city mayor — made him a much-discussed candidate for the 2020 Democratic nomination for president.

He dropped out of the race at the end of February, 2020. In 2021, Buttigieg was confirmed by the Senate to become Secretary of Transportation under President Joseph Biden.

Pete Buttigieg was born and raised in South Bend, Indiana; both his parents were professors at Notre Dame University there.

He graduated from Harvard in 2005 with majors in history and literature. Buttigieg was awarded a Rhodes Scholarship and went on to Pembroke College at Oxford University, receiving a first-class Bachelor of Arts degree in 2007.

Buttigieg worked as a consultant for McKinsey and Company from 2007-10.

As “Mayor Pete,” he was known for his focus on revitalizing the city and its economic base with an eye to the future.

His Vacant and Abandoned Properties Initiative set out, successfully, to demolish 1,000 abandoned or blighted properties in the city in 1,000 days.

On April 14, 2019, Buttigieg officially launched his campaign for the Democratic nomination for president of the United States. The same year he published a memoir, Shortest Way Home, in 2019.

After dropping out of the presidential race of 2020, Buttigieg endorsed Joe Biden and took a job with Fox News as an on-air commentator.

After Biden won the presidency over incumbent Donald Trump, Buttigieg joined his cabinet as Transportation Secretary.

Pete Buttigieg was confirmed by the U.S. Senate as Transportation Secretary by a vote of 86-13, becoming the youngest person to ever hold that position… He announced publicly that he is gay in 2015. He married the former Chasten Glezman, a junior high school teacher, on June 16, 2018… Pete Buttigieg took a leave of absence from his job as mayor of South Bend while serving in Afghanistan in 2014… Pete Buttigieg was raised as a Roman Catholic, but switched to the Episcopalian faith as an adult… Pete Buittigieg’s reputation as a language prodigy was bolstered when he chatted with a Norwegian reporter, in Norwegian, while campaigning in 2019. News website The Hill reported that Pete Buttigieg “speaks seven languages in addition to English: French, Spanish, Italian, Norwegian, Arabic, Maltese and Dari.” Dari is a form of Persian spoken in Afghanistan.