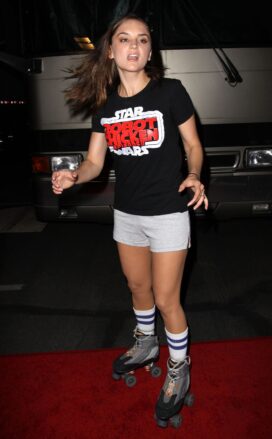 Rachael Leigh Cook was a hit in the 1999 teen romance She’s All That, playing the ugly duckling transformed by Freddie Prinze, Jr.. Her first feature role was in 1995’s The Baby-Sitters Club and she later appeared in The House of Yes (1997) and opposite Sylvester Stallone in the 2000 remake of Get Carter. In 2001 she starred as Josie in the movie version of the 1970s cartoon Josie and the Pussycats.

Something in Common with Rachael Leigh Cook