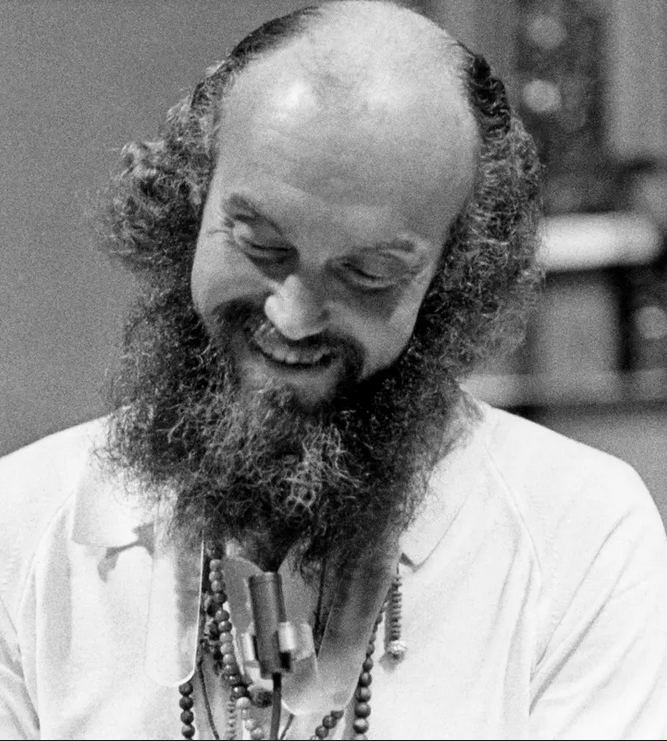 Ram Dass was an author and lecturer whose book, Be Here Now, helped popularize Eastern religion as part of the self-help movement of the 1970s.

He graduated from Tufts (1952), Wesleyan (1954) and Stanford (1956), and was known as Dr. Richard Alpert, Harvard professor of psychology, when he joined Timothy Leary in research into psychedelic drugs in the early 1960s.

Alpert went from being a non-observant Jew with no spiritual leanings to an advocate for psychedelic drugs as a path to spiritual enlightenment.

Both he and Leary were fired from Harvard in 1963 as a result of the controversy surrounding their research with LSD and psilocybin mushrooms.

They had a falling out. Timothy Leary became a media star and symbol of the 1960s counterculture, Alpert went to India, found a guru and emerged as Ram Dass, spiritual seeker. Years later, the two reconciled.

Be Here Now, published in 1971, fixed Ram Dass’s reputation as a pioneer in bringing together spiritual and cultural traditions from both East and West.

Devoted to searching for enlightenment — and even admitting he wasn’t as enlightened as he thought he was back in the 1970s — Ram Dass lectured and co-founded numerous non-profit foundations during his life, and authored several essays and books, including 1997’s Still Here.

Beginning in the late 1990s, after a stroke, Ram Dass also guided workshops on death and dying, teaching what he called “conscious dying.”

Something in Common with Ram Dass