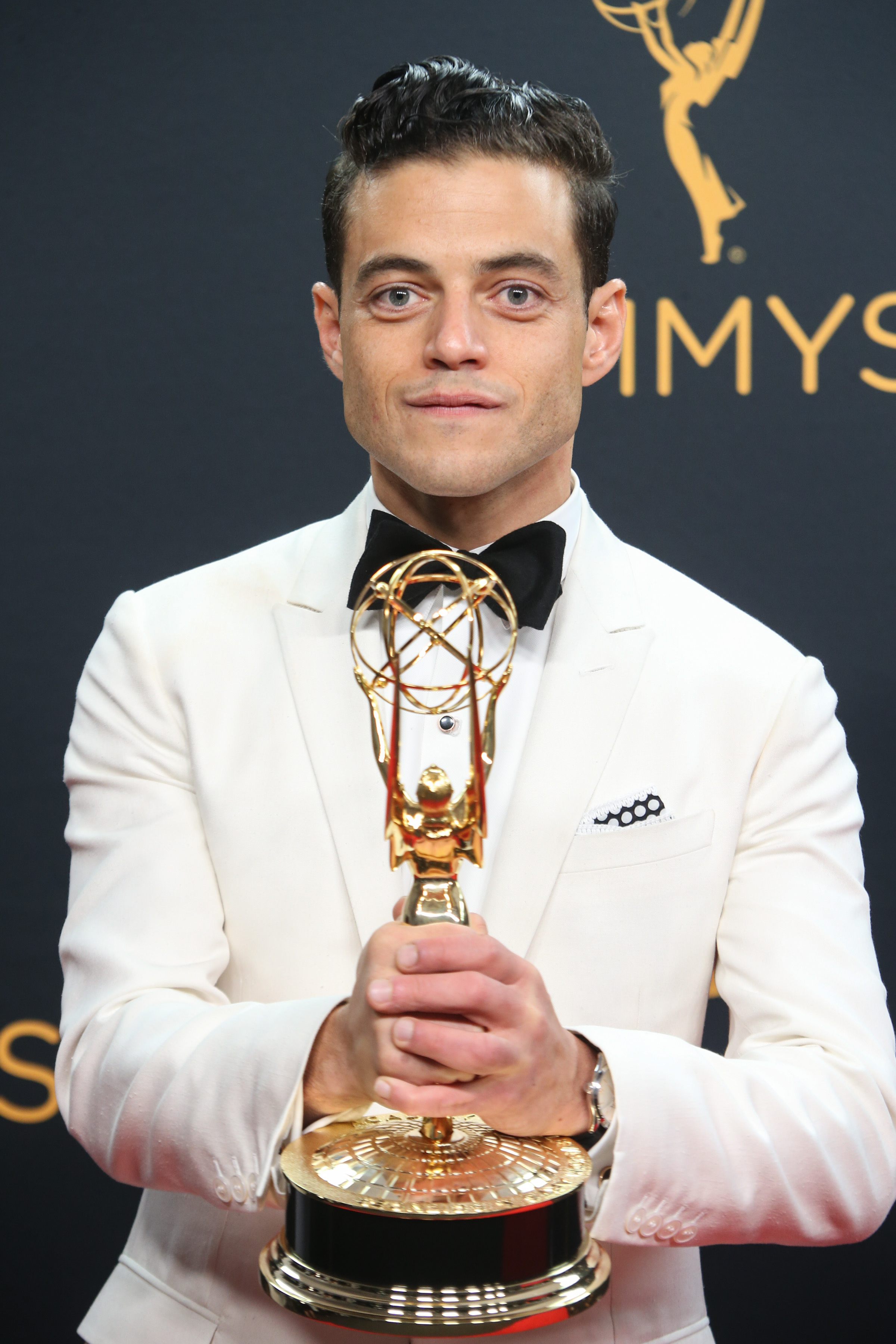 Rami Malek studied theater at the University of Evansville in Indiana, graduated in 2003 and began getting TV roles in 2004. His boyish looks meant playing younger roles, as in the TV sitcom The War at Home (2005-06) and, more notably, as the soldier “Snafu” in the cable miniseries The Pacific (2010). Malek played a pharaoh in Night at the Museum (2006, starring Ben Stiller) and its two sequels; played a vampire in The Twilight Saga: Breaking Dawn Pt. 2 (2012); and had a co-starring role in the action film Need for Speed (2014).

After ten years of small TV and film roles, Rami Malek broke out in 2015 as the sad, twitchy hacker who is at the center of the series Mr. Robot. He won an Emmy Award for the role in 2016. The role put him in the spotlight and brought a Golden Globe nomination in 2016, as well as the Emmy win for best actor in a drama series.

In 2018 he played Freddie Mercury, front man for the band Queen, in Bohemian Rhapsody. His role as the exuberant gay singer who ultimately died of AIDS was widely praised, and at the 2019 Academy Awards he was given the Oscar as best actor.

Something in Common with Rami Malek