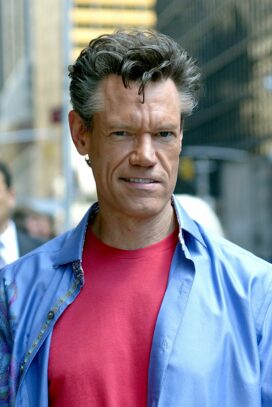 Christian Music Today has an archive of articles and interviews

Randy Travis is a country and gospel music singer whose distinctive baritone and traditional style have made him a star since the 1980s.

As a child, he performed around Charlotte, North Carolina with his brother as the singing Traywick Brothers, but then he dropped out of high school and spent his reckless youth getting into scrapes with the law. In the late 1970s he began making demo tapes and recorded a few singles, and in 1981 he moved to Nashville, Tennessee. After a few years as a cook and singer at night spot, he released an independently produced live recording to capitalize on his increasing fan base.

Renamed as Randy Travis, he recorded his first record on a major label, Storms of Life; it was released in 1986, and Travis toured the United States on the strength of the hits “On the Other Hand” and “1982.” Since then he has sold millions of records and won numerous awards, including Grammys for Best Male Country Vocal Performance (1987 and 1988), Best Country Song (1988’s “Forever and Ever, Amen”) and Best Southern, Country or Bluegrass Gospel Album (2004’s Rise and Shine).

Randy Travis is known as a country crooner in the style of Lefty Frizell and George Jones. In later years he has recorded bluegrass and gospel albums that have had great success, including the hit and 2003 CMA Song of the Year, “Three Wooden Crosses.”

Randy Travis has a bit of experience as an actor; his films include The Rainmaker (1997, with Matt Damon) and Texas Rangers (2001, with Usher)… A record company executive is the one who changed Randy’s surname from Traywick to Travis.

Something in Common with Randy Travis