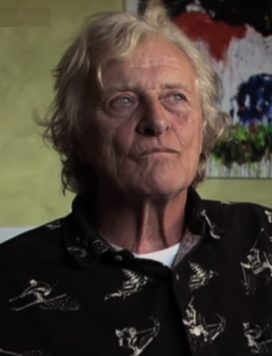 Actor Rutger Hauer was probably the most famous screen star from The Netherlands, known to movie fans as Roy Batty, the rogue chased by Harrison Ford in Blade Runner.

Hauer got his start with Amsterdam theater and then Dutch television, starring in the historical action series Floris (1969). That’s where he met film director Paul Verhoeven, who cast him in movies in the 1970s that made a splash in the U.S., including Soldier of Orange (1977) and Spetters (1980).

His bright blue eyes and bleached hair in  1982’s Blade Runner made him a movie star – that and his portrayal of the film’s sympathetic villain.

Hauer had a long career as a strong and sturdy screen presence, and on TV he won over a new audience in 2000 with his appearance in The 10th Kingdom. He also joined the cast of True Blood in 2013 for its sixth season.

Something in Common with Rutger Hauer