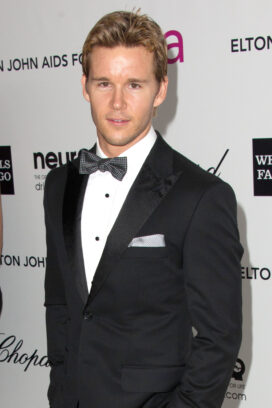 Ryan Kwanten is an Australian actor from the long-running soap opera Home and Away who became an American TV star as Jason Stackhouse in True Blood. Raised in Sydney, he started acting in TV shows when he was a teenager. For nearly five years he played harmless ne’er-do-well Vinnie on Home and Away, leaving the show in 2002. He did more television work, including a stint on Summerland (2004-05), and his role in the 2006 movie Flicka (with Tim McGraw) caught the eye of Alan Ball, the director who created the series True Blood in 2007, an adaptation of the Sookie Stackhouse series of novels by Charlaine Harris. Since 2008, Kwanten has played Jason, the sex-crazed, dimwitted brother of Sookie (Anna Paquin). Between seasons of the series he’s returned to Australia to make movies, including Red Hill (2010), Not Suitable for Children (2012) and Mystery Road (2013).

Something in Common with Ryan Kwanten