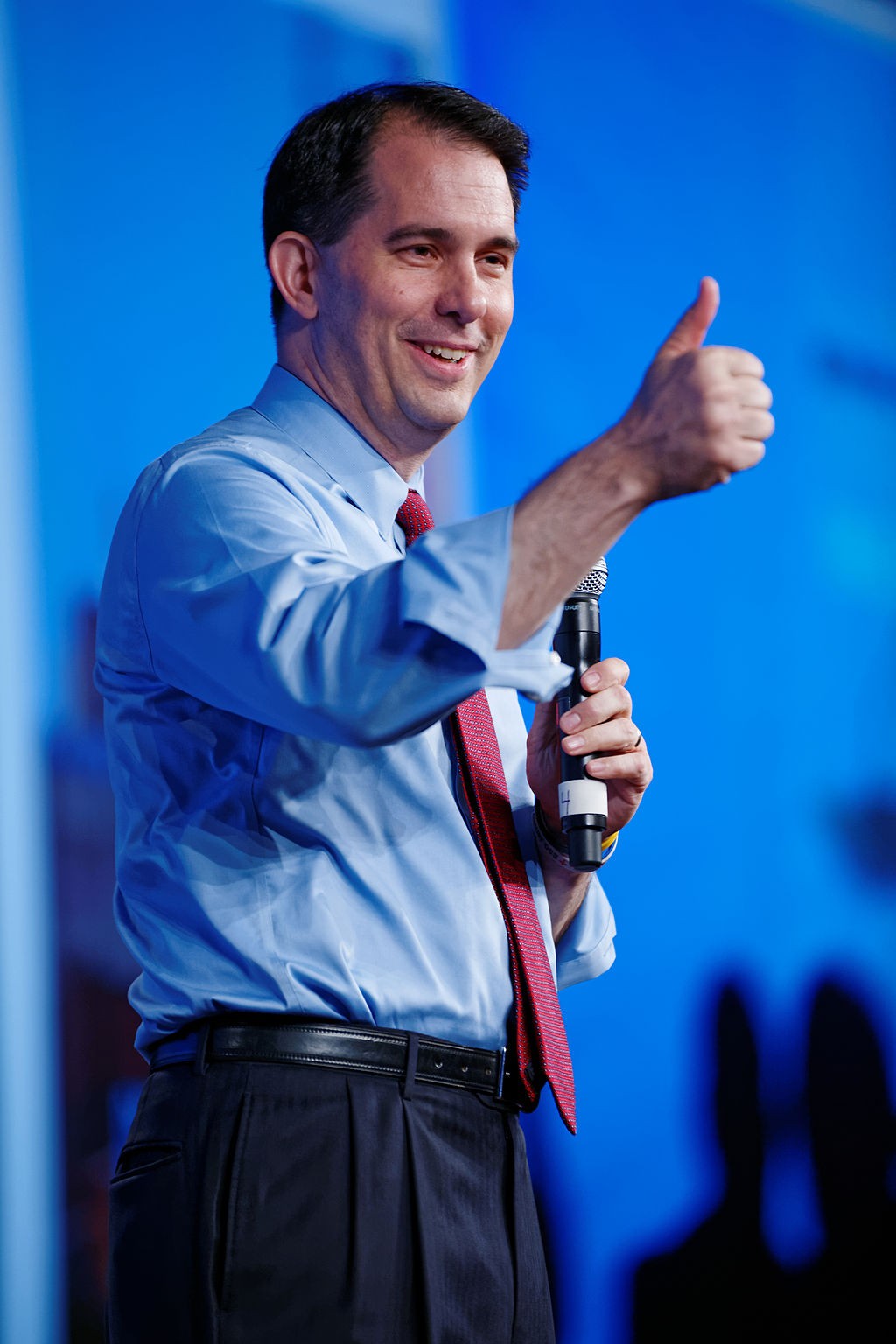 Scott Walker was the Republican governor of Wisconsin whose clash with public employee unions made him a national name in 2011, which led to a brief flirtation with a presidential campaign in 2015.

Scott Walker was born in Colorado, where his father was a church pastor. The family moved to Plainfield, Iowa and then in 1977 on to Delevan, Wisconsin, where Scott Walker graduated from high school.

He entered Marquette University in 1986, worked for IBM while in school, then left in 1990 without graduating, having taken a marketing job with a local office of the American Red Cross.

Walker ran for the Wisconsin state assembly that year and lost, but he won a special election for the same post in 1993.

Walker served for nine years and then was elected Milwaukee County Executive in a special election in 2002. There Walker relentlessly cut costs, scaling back the government workforce by 20%.

After a losing run for governor in 2006 he ran and won in 2010, campaigning on his reputation as a budget hawk.

Shortly after taking office he set off a firestorm in the capitol by leading a charge to restrict collective-bargaining rights for public workers. The decision led to weeks of protests by teachers, police, and other public employees who rallied in and around the state capitol. However, Walker won the battle when the legislation passed, and he then survived a recall vote in 2012.

He was reelected in 2014, and in 2015 announced that he would be a GOP candidate for president in the 2016 elections. He didn’t last long as a candidate and then lost his bid for a third term as governor in 2018.

After leaving office, Walker became the director for Young America’s Foundation, an organization that promotes “conservative values” among students.

Scott Walker was an Eagle Scout as a teen… He married his wife, the former Tonette Tarantino, in 1992, when he was 25 and she was 36. They have two sons: Matthew (b. 1993) and Alexander (b. 1994)… According to the Milwaukee Journal-Sentinel, Scott Walker was at Marquette for four years “and would have needed to stay there for at least another year to get a degree. He had 94 credits and would have needed at least 36 more.”

Something in Common with Scott Walker