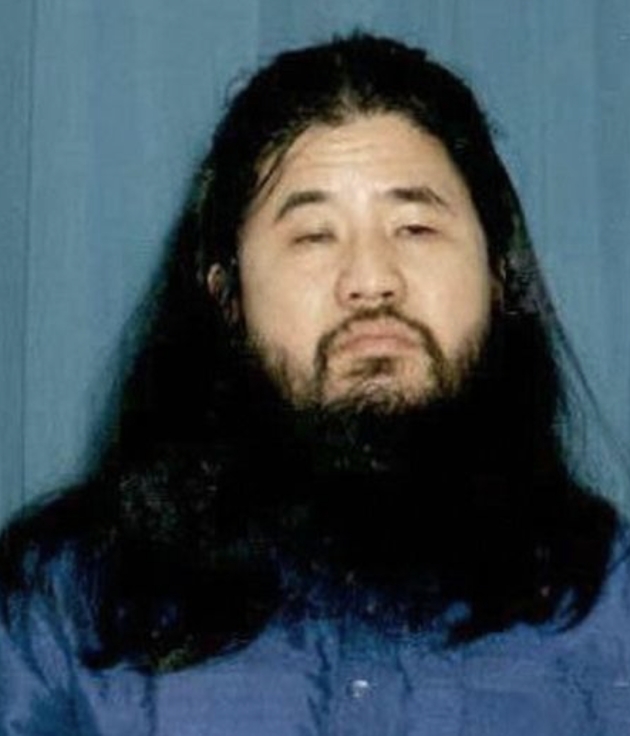 Shoko Asahara was the founder and central figure of the organization Aum Shinri-kyo (Aum Supreme Truth), the radical religious group who used poison gas in 1994 and 1995 to commit mass murder in Japan.

Born Chizuo Matsumoto, he was an ambitious peddler of herbal remedies before having a spiritual awakening and founding Aum Incorporated (also called the Aum Association of Mountain Wizards) in 1984.

After another spiritual experience in the Himalayas in 1987 he changed his name to Shoko Asahara and founded Aum Shinri-kyo, a religion mixing Buddhism, apocalyptic Christianity and the writings of Nostradamus.

Asahara predicted doom and destruction, with himself in the central role of savior and then leader of the spiritually pure survivors. Asahara also claimed to be able to teach adherents levitation, prognostication and telepathy and his popularity grew; within 2 years Aum Shinri-kyo had enough followers to be granted legal status as a religion.

In the early 1990s the group tried unsuccessfully to have candidates elected to public office, and in 1994 they were accused of carrying out a poison gas attack in Matsumoto that killed 7 people.

Another sarin gas attack in Tokyo in 1995 led to Asahara’s arrest and trial for murder and other charges.

His trial began in April of 1996 and finally ended in February of 2004, with Matsumo convicted of 13 separate crimes and sentenced to death by hanging. He was executed July 6, 2018.

Aum Shinri-kyo was renamed Aleph in 2002; its members have distanced themselves from the criminal acts of the 1990s, but they continue to use Asahara’s teachings and revere his teenage daughter, Archari.

In 2000 an attempt by Russian followers to free Asahara from jail was foiled by authorities… In November of 2001 the United States referred to Aum Shinri-kyo as a terrorist group and froze their assets.

Something in Common with Shoko Asahara