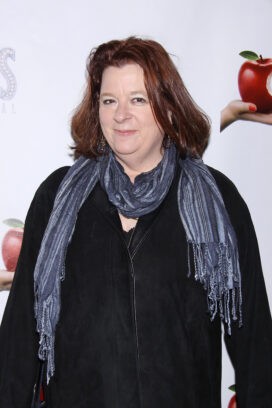 Theresa Rebeck is a New York playwright who also writes and produces TV shows, including Law & Order: Criminal Intent and Smash. She grew up in Ohio and is a 1980 graduate of the University of Notre Dame. She also studied playwrighting and Victorian Melodrama at Brandeis University, earning a doctorate in 1989. She then moved to New York City to make it as a playwright, and since the early 1990s she’s also written for television, including the shows L.A. Law and NYPD Blue. Her plays have included the Broadway shows Mauritius (2007), Seminar (2011) and Dead Accounts (2012). Her feature film credits include Harriet the Spy (1996, with Rosie O’Donnell) and Gossip (2000, with Kate Hudson), and she’s published two novels, Three Girls and Their Brother (2008) and Twelve Rooms With A View (2010).

Omnium Gatherum, a play Theresa Rebeck wrote with Alex Gersten, was a 2003 finalist for the Pulitzer Prize.

Something in Common with Theresa Rebeck