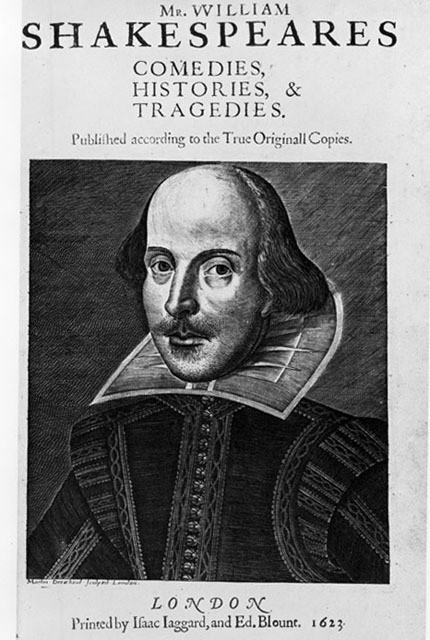 The title reads, "MR. WILLIAM SHAKESPEARES COMEDIES, HISTORIES, & TRAGEDIES. Published according to the True Originall Copies." The cover engraving, by Martin Droeshout, has become the go-to image of Shakespeare down through the years.
PREVIOUS

See our biography of William Shakespeare 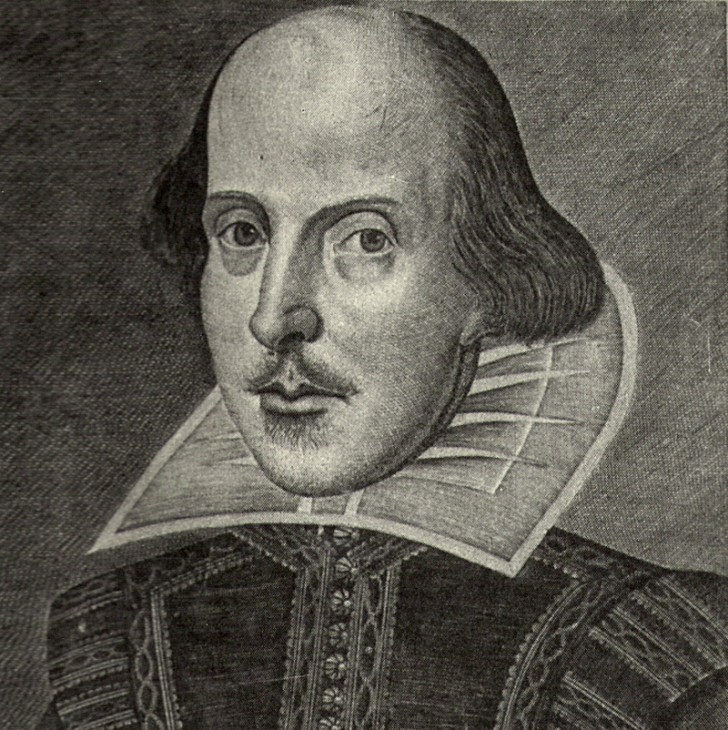 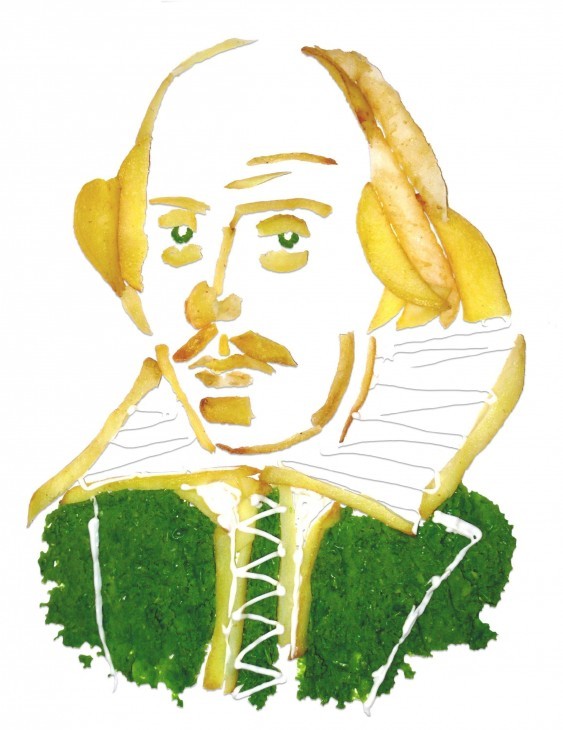