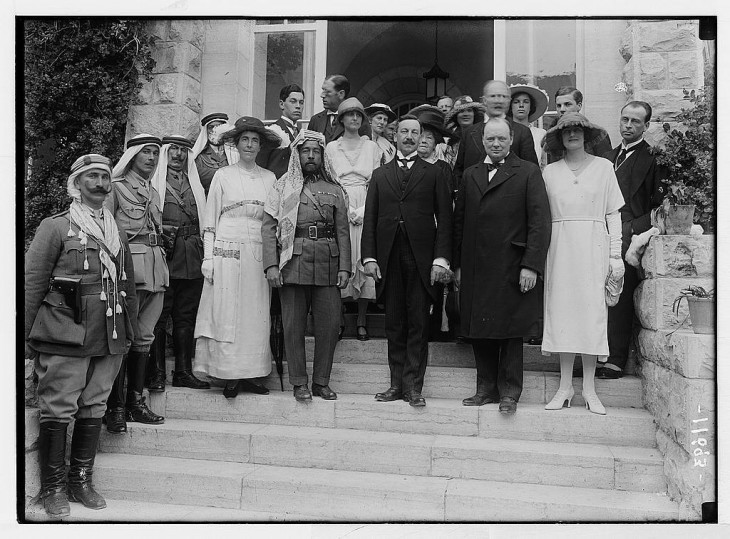 Winston Churchill in a group photo that does not include T.E. Lawrence

Mr. and Mrs. Winston Churchill (front row right, next to woman in white dress) at a Government House reception in Jerusalem on March 28, 1921. Emir Abdullah of Transjordan and Sir Herbert Samuel are next to Churchill on the steps. Although it looks as if Lawrence of Arabia ought to be in this photo, he is not.

Image courtesy of the U.S. Library of Congress, Prints and Photographs Division.
PREVIOUS

See our biography of Winston Churchill 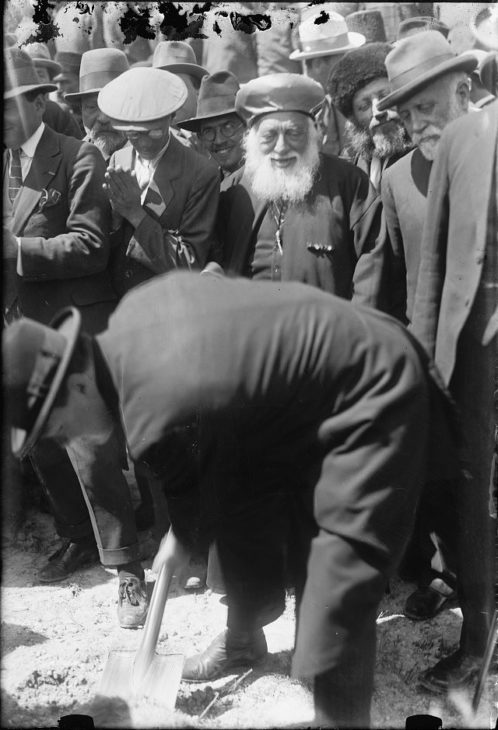 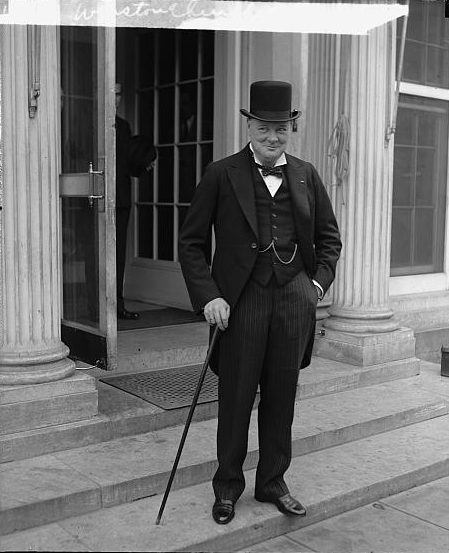