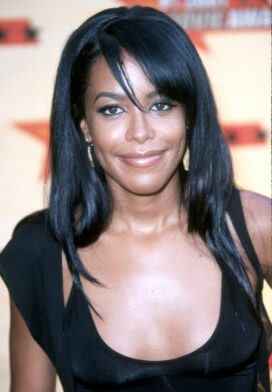 Aaliyah was an actress and pop singer on the verge of superstardom when she was killed in a 2001 plane crash.

Aaliyah sang professionally as a child and released her first album, Age Ain’t Nothin’ But A Number (1994), when she was 14. She released the album One in a Million in 1996, and by the end of the decade she was working in the movies as an actress and composer.

She co-starred with Jet Li in Romeo Must Die (2000), and her song from the movie, “Try Again,” was a hit single. At the time of her death she had released three albums and had agreed to appear in two more films: Anne Rice‘s Queen of the Damned (2001) and the sequel to the 1999 Keanu Reeves film The Matrix.

Aaliyah was one of nine people who died when their twin-engine Cessna crashed on takeoff from Marsh Harbour on Abaco Island in the Bahamas; the group was returning to the U.S. after filming a music video. An investigation revealed the plane was overloaded by several hundred pounds, and an autopsy showed traces of cocaine and alcohol in the pilot’s bloodstream. Aaliyah’s parents later filed a wrongful death lawsuit and settled out of court for an undisclosed sum.

Aaliyah said her name means “highest, most exalted one” in Swahili… She was the niece of singer Gladys Knight, who married Aaliyah’s uncle Barry Hankerson… Aaliyah was discovered by hip-hop producer R. Kelly, who worked on Age Ain’t Nothin’ But A Number. The two were allegedly married in secret for a brief time in 1994, even though Aaliyah was underaged; Vibe magazine later published a marriage certificate for the two, but the parties involved have consistently refused to comment on whether the marriage took place.

Something in Common with Aaliyah