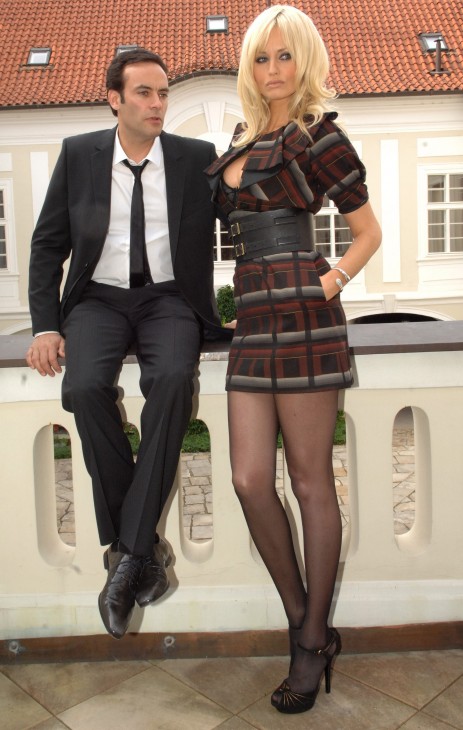 Model Adriana Sklenarikova-Karembeu (right) stands next to Anthony Delon on a photoshoot at Pachtuv Palace Hotel in Prague, Czech Republic. The date was June 15, 2008. Adriana Karembeu is 5'11" tall, according to the Fashion Model Directory, which notes that she "appeared in the Guinness Book of Records (European edition) in 1998 as 'The model with the longest legs in the world.'" It often goes unreported, but Karembeu may also have the poutiest pout of any model in the world.

Anthony Delon is 6'1" tall (according to IMDB.com), so perhaps it's all a trick of the camera. Or perhaps it's Karembeu's four-inch heels.
PREVIOUS

See our biography of Adriana Karembeu 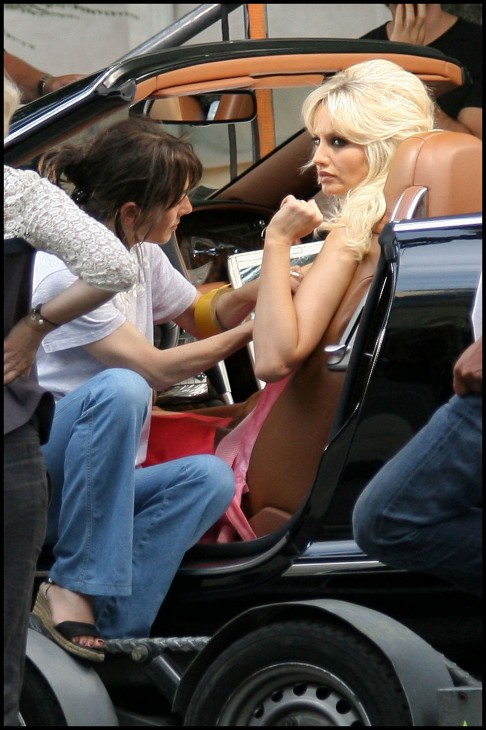 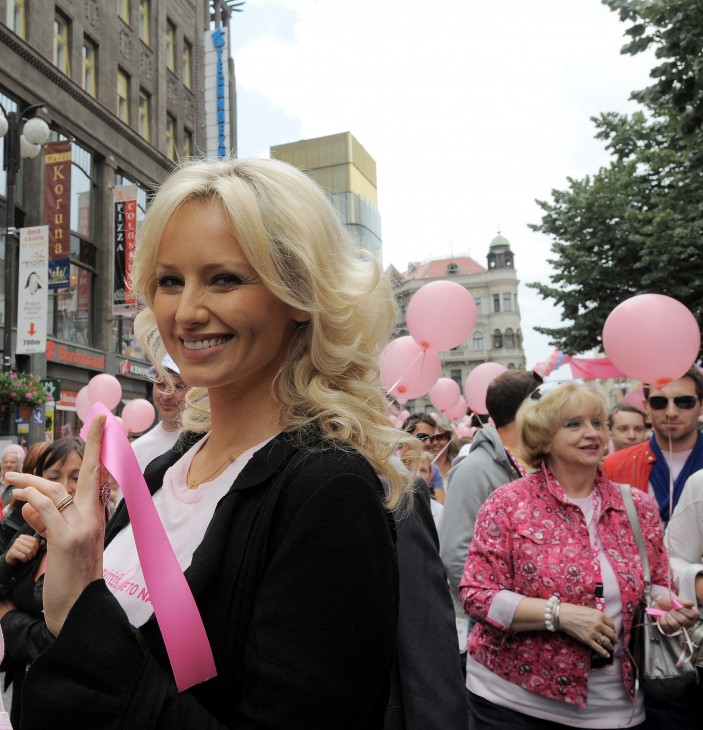