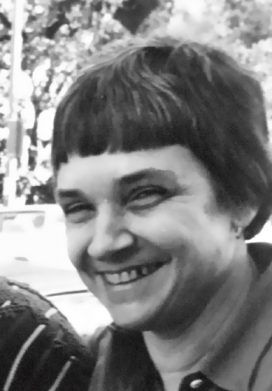 Poet Adrienne Rich was known for her activism as much as for her writing, and in the 1970s she became a leading voice for lesbians, feminists and anti-war protesters.

A star student from Baltimore, she graduated in 1951 from Radcliffe University in Cambridge, Massachusetts, having already won the Yale Younger Poets Award for her first published collection, A Change of World. She married Albert Conrad in 1953 and had three sons by the end of the decade, all the while writing and teaching.

By the time they moved to New York in 1966, Rich was becoming known for her personal poetry as well as her political bent. Her 1963 collection Snapshots of a Daughter-In-Law had challenged the traditional image of motherhood and staked out what became Rich’s literary territory — the politics of sexual identity. She and her husband separated in 1970 (and he killed himself later that year), and in 1976 Rich began a lifelong partnership with Michelle Cliff; Rich’s work became more overtly lesbian, and her essay collection Of Woman Born: Motherhood as Experience and Institution (1976) became an important feminist text.

Her teaching career was on the east coast, including at City College and Columbia University in New York, until the early 1980s, when she relocated to California and had several positions, including at San Jose State and Stanford University. During her career Rich earned just about every top poetry prize there is, including a Guggenheim Fellowship, a National Book Award and a MacArthur Fellowship “genius grant.”

Rich also addressed her Jewish identity in her poetry, and her opposition in the late 1960s to the Vietnam War led to a side career as an anti-war activist, all the way up to the 2000s and the Iraq War. Her other collections of poems include Diving Into the Wreck (1973), The Dream of Common Language (1978), Midnight Salvage (1999) and Telephone Ringing in the Labyrinth (2007). Her prose collections include On Lies, Secrets and Silence (1979) and Blood, Bread and Poetry (1986).

President Bill Clinton wanted to give her a Medal of Honor in 1997, but she declined over what she considered a token gesture.

Something in Common with Adrienne Rich