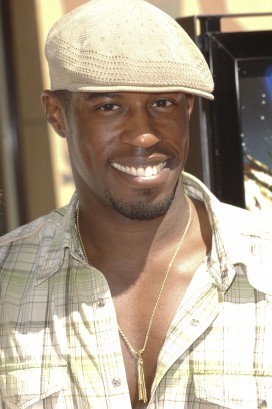 Ahmed Best is the actor, musician and dancer from the theater troupe Stomp who was chosen by George Lucas to play Jar Jar Binks in Star Wars, Episode I: The Phantom Menace (1999, co-starring Ewan McGregor). Ahmed Best did the voice and was the model for the computer-generated character, which unexpectedly became an object of scorn and controversy: Best is African-American, and Lucas was accused of reinforcing a racial stereotype in the depiction of Jar Jar, who provides comic relief and speaks pidgin English with a sort-of Jamaican accent. Lucas dismissed the accusations, pointing out that Jar Jar is a fictional orange amphibian from the planet Gungan. Best also voiced Jar Jar Binks in the Star Wars films Episode II: Attack of the Clones (2002) and Episode III: Revenge of the Sith (2005), and the animated spin-off Star Wars: The Clone Wars (2008). He has also made guest appearances on many TV shows, including Alias (2003), Cougar Town (2009), Law and Order: LA (2011) and One & Done (2015).

Something in Common with Ahmed Best