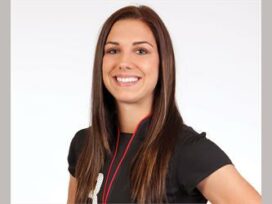 Alex Morgan is the speedy forward for the U.S. women’s national soccer team whose long career has included two World Cup titles and two Olympic gold medals. Morgan is “one of the USA’s fastest players and hardest runners,” according to her official bio from U.S. Soccer.

Alex Morgan played college soccer at the University of California at Berkeley from 2007-10, graduating a semester early in 2010 with a degree in political economy. Meanwhile, she was working her way up through the U.S national age-group teams. She was named to the senior U.S. National Team in 2009, while she was still in college, and made her first appearance in March of 2010, in a match against Mexico.

Morgan really came into her own in the 2011 World Cup, where she scored in the team’s semifinal win against France and again in a loss to Japan in the finals. She was drafted by the Women’s Professional Soccer team the Western New York Flash in 2011; that began a professional run that lasted more than a decade and included stints with pro teams including the Seattle Sounders, the Portland Thorns, the Orlando Pride, Lyon (France), and Tottenham Hotspur (UK).

Alex Morgan is 5’7″ tall, according to U.S. Soccer… Alex Morgan’s signature game-day touch is a pink headband. The pink headband is “just a way to show off my personality… a way to be a little different when we have to wear the exact same uniform,” she told The Sporting News in 2012… She married the men’s professional player Servando Carrasco in 2014; they met at the University of California. Their first child, a daughter named Charlie Elena Carrasco, was born on May 7, 2020… Alex Morgan’s 2012 appearance in a painted-on bikini in the Sports Illustrated swimsuit issue gave her a new level of celebrity.

Something in Common with Alex Morgan