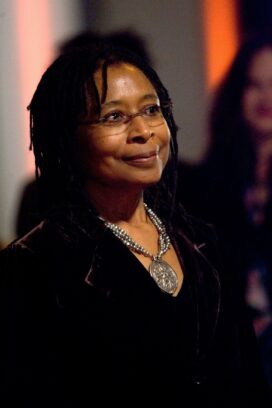 Alice Walker wrote The Color Purple, the 1982 novel that won the Pulitzer Prize and was made into a Steven Spielberg movie starring Oprah Winfrey and Whoopi Goldberg.

Though it was a novel that brought her greatest fame, Walker is recognized more as a poet and essayist.

From a poor, rural family in Georgia, Walker attended Spelman College in Atlanta on a rehabilitation scholarship. She had been blinded in one eye at the age of 8, when her brother accidentally shot her with a pellet gun.

Alice Walker was a civil rights activist as a young woman in the American south, and an editor at Ms. magazine in the 1970s.

The Color Purple tells the story of Celie, a poor black Georgia woman who struggles to overcome childhood traumas and achieve a sense of pride and self-worth.

Something in Common with Alice Walker