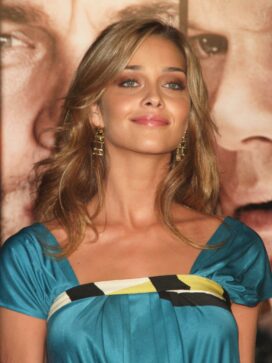 Known for her plush lips and sultry dark green eyes, Ana Beatriz Barros was “discovered by a scout on a beach in Rio,” according to Sports Illustrated. She kicked off her career by placing second in the Elite modelling agency’s International Look of the Year contest in 1996. She has modelled extensively for Guess? clothing (following in the footsteps of fellow Brazilians Adriana Lima and Allesandra Ambrosio) and Victoria’s Secret as well as many major magazines worldwide.

Her sister, Patricia Barros, is also a model.

Something in Common with Ana Beatriz Barros