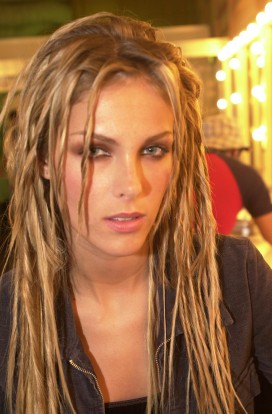 Blue-eyed and six feet tall, Ana Hickmann followed Gisele Bundchen and Adriana Lima in the parade of Brazilian supermodels of the early 21st century. Hickmann’s long legs are particularly famous. According to legend, she once was listed in the Guinness Book of World Records as the model with the longest legs in the world: 46 inches.

According to her official site, Hickmann is 1.85 meters tall, or just under 6’1″.

Something in Common with Ana Hickmann