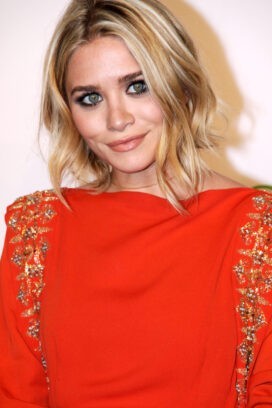 Ashley Olsen and her twin sister Mary-Kate became child stars in 1987, when as infants they began sharing a single role on the TV show Full House. The girls grew up onscreen, first on Full House (which ran until 1995) and then in a series of almost four dozen Olsen Twins videos which eventually grossed an astonishing $750 million. By the time the girls were 15 they had their own clothing line at Wal-Mart, their own magazine, and their own company, Dualstar. They entered New York University in 2004, becoming favorites of paparazzi while enjoying big-city life as party girls and then socialites. Gray-eyed, full-lipped and slender as an adult, Ashley Olsen began studying fashion in earnest in New York and has since gone on hiatus from acting to focus on a fashion career. Among other endeavors she manages The Row, the upscale fashion line she created with Mary-Kate.

Ashley Olsen and Mary-Kate Olsen look alike but are fraternal twins, not identical. Ashley was born first and is nearly an inch taller than Mary-Kate.

Something in Common with Ashley Olsen