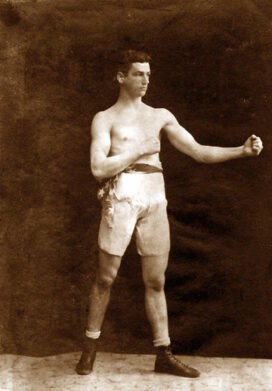 “Kid” McCoy got his nickname when he began prizefighting as a teenager under the pseudonym of Charles McCoy. He went on to become a popular barnstorming boxer, taking on all comers around the world for nearly 25 years. McCoy’s “corkscrew” punch was famous for the cutting damage it inflicted on opponent’s faces, and he was known for his trickery and unpredictability in the ring. He is often credited with being the inspiration for the popular phrase “The Real McCoy,” though the true origins of that phrase are unclear. After retiring from the ring, McCoy spent eight years in San Quentin penitentiary for killing a lover. He committed suicide in 1940.

Something in Common with Charles “Kid” McCoy