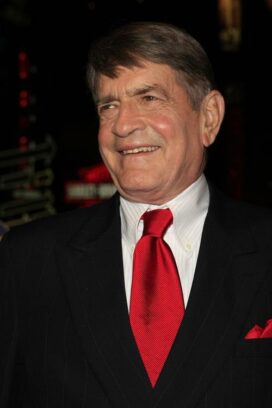 Charlie Wilson’s adventures in governance, womanizing, and shipping guns to Afghan rebels were so colorful that Hollywood made a movie out of them. Charlie Wilson’s War (2007), based on the 2003 George Crile book of the same name, starred Oscar-winner Tom Hanks as the 12-term Congressman from Texas and made him a household name. A Democrat from the heavily Republican district 2nd District, Charlie Wilson was a liberal on social issues but a fierce anti-communist. In the 1980s he used his seat on the House Appropriations Committee to begin quietly funneling billions of dollars to the CIA, for use in arming the Afghan mujahedeen rebels in their fight against the Soviet Army. It worked: the Soviets pulled out in 1989, and Wilson was later credited with changing the course of the Cold War. Not well known to the public at the time, Wilson was a notorious bad boy on Capital Hill: a heavy drinker with a string of girlfriends, an alleged drug user investigated (but not charged) by the Justice Department in 1980, and a Congressman who stocked his Capitol Hill office with female aides so attractive that they became known as “Charlie’s Angels.” Wilson was first elected in 1972 and then reelected 11 more times before stepping down in 1996. He worked as a lobbyist before retiring to Texas, where he died in 2010.

Wilson attended the U.S. Naval Academy, graduating eighth from the bottom of his class in 1956; he served in the U.S. Navy until 1960… Wilson had a heart transplant in 2007 after being diagnosed with cardiomyopathy; heart failure is what finally killed him in 2010… Wilson married former ballet dancer Barbara Alberstadt in 1999. An earlier marriage ended in divorce, and he had no children… The 1980 drug investigation was led by Rudy Giuliani, then a Justice Department attorney… Wilson “was not a candidate for reelection to the One Hundred Fifth Congress [which began in 1997] and resigned October 8, 1996,” according to the Biographical Dictionary of the U.S. Congress.

Something in Common with Charlie Wilson