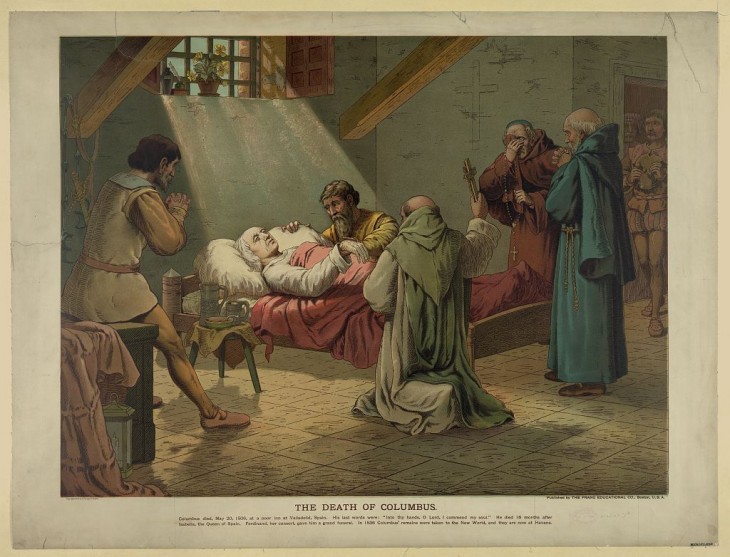 'The Death of Columbus.' A chromolithograph published by The Prang Educational Co. of Boston in 1893.

In this heroic depiction of Columbus, the caption reads: "Columbus died, May 20, 1508, at a poor inn in Valladoid, Spain. His last words were, 'Into thy hands, oh Lord, I commend my soul.' He died 15 months after Isabella, the Queen of Spain. Ferdinand, her consort, gave him a grand funeral. In 1538 Columbus' remains were taken to the New World, and they are now at Havana."

See our biography of Christopher Columbus 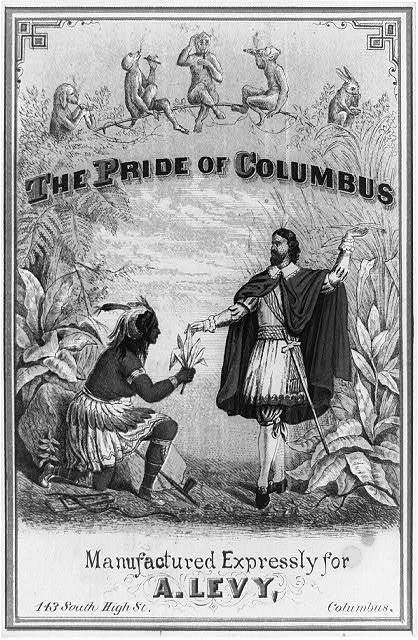 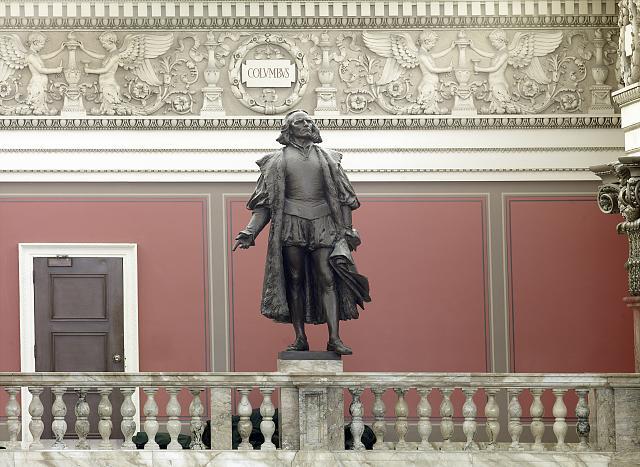