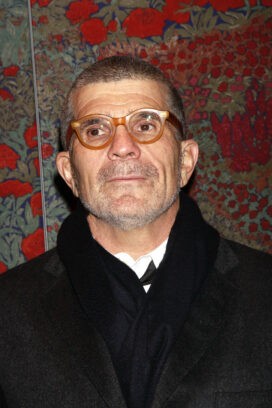 David Mamet is a playwright and filmmaker, best known for the plays American Buffalo and Glengarry Glen Ross.

Raised in Chicago, Mamet graduated in 1969 from Vermont’s Goddard College, where he returned to teach early in his career (1971-73). There he wrote plays and formed a theater company, which then moved to Chicago.

His early plays included Sexual Perversity in Chicago (1973) and American Buffalo (1975), both of which became Off-Broadway successes.

Mamet moved into screenwriting in the 1980s, first writing the script for the 1981 remake of The Postman Always Rings Twice, then earning an Oscar nomination for his next script, The Verdict (1982, starring Paul Newman).

His 1984 play Glengarry Glen Ross won a Pulitzer in 1984; it was made into a star-studded 1992 movie (not by Mamet), and a wider audience was exposed to Mamet’s distinctive style of profanity-laced dialogue and his preoccupation with machismo.

Mamet made his filmmaking debut with 1987’s House of Games, a con-within-a-con movie that starred his then-wife Lindsay Crouse and a crowd of frequent collaborators, including actors William H. Macy,  Joe Montegna and Ricky Jay.

Since then he’s continued to work as an essayist and editor, a playwright and screenwriter, and sometime director of his own films.

David Mamet’s daughter, Zosia Mamet, is a star of the TV series Girls.

Something in Common with David Mamet