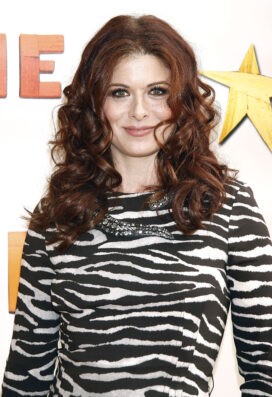 Debra Messing is a leading lady of television comedy, a tall, long-maned brunette who won an Emmy during her long run on the TV sitcom Will & Grace. Raised in Rhode Island, Messing has been on the stage since high school. A graduate of Brandeis University (1990), Messing also has a graduate degree from New York University’s Tisch School of the Arts (1993). After getting attention on the New York stage, she began getting TV roles in 1994, including notable bits in NYPD Blue and Seinfeld. She landed a leading role in the sitcom Ned & Stacey (1995-97, opposite Thomas Haden Church), but it was Will & Grace that made Messing a star. The “odd couple” pairing of a straight woman (Messing) and her gay male roommate (Eric McCormack) was a ratings success, and Messing earned an Emmy in 2003. After that series, Messing had another hit with the life-after-divorce comedy, The Starter Wife (2007-08), then starred in the Broadway musical fan series Smash (2012).

Something in Common with Debra Messing