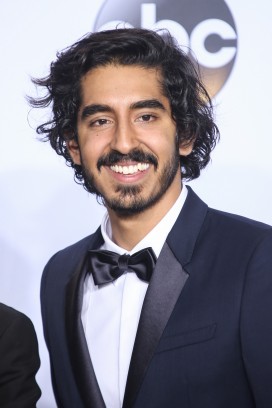 Dev Patel is an English actor best known for his starring role as the good-guy underdog Jamal in the 2008 film Slumdog Millionaire.

He was nominated for an Oscar in 2017 for his performance in the 2016 film Lion.

Dev Patel’s path to international stardom was swift and unexpected: with no prior acting experience, he landed a role in the U.K. television series Skins when he was 16 years old. While on the show in 2007 and 2008, Patel was chosen to star in Danny Boyle‘s rags-to-riches Mumbai drama, Slumdog Millionaire (opposite Freida Pinto). The film was a hit and Patel earned rave reviews for his performance.

Patel went on to play the villain in the M. Night Shyamalan film The Last Airbender (2010). He was an ambitious (if naive) innkeeper in the old-folks comedy The Best Exotic Marigold Hotel (2011, with Judi Dench) and the sequel The Second Best Exotic Marigold Hotel (2015, with Maggie Smith). He co-starred as Neal Sampat, an electronic media expert, in the Aaron Sorkin TV series The Newsroom (2012-14). He played a robot inventor on the run with his creation in the 2015 sci-fi drama Chappie.

Something in Common with Dev Patel