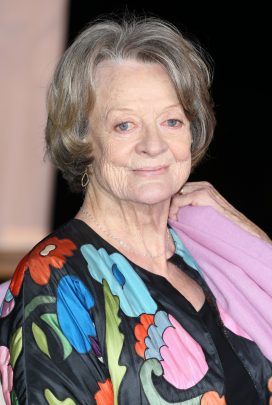 Dame Maggie Smith is the Oscar, Emmy and Tony winner who is best known to modern audiences as the Dowager Countess of Grantham in the TV series Downton Abbey and as Professor McGonagall, head of Gryffindor House in the Harry Potter film series.

Maggie Smith got her start on the English stage in the 1952, and it was there she earned her reputation as a mannered actress with wicked comic timing. Her forays into film were relatively few, but she did well, earning a best actress Oscar for 1969’s The Prime of Miss Jean Brodie and a best supporting actress Oscar for 1978’s California Suite.

In the 21st century she got a fresh blast of popularity thanks to Downton Abbey, in which her tart-tongued old matriarch could be relied on to spice up any scene, if not steal the show entirely. She also appeared in many more films, including seven different Harry Potter films, The Best Exotic Marigold Hotel (2012, with Judi Dench) and as a crotchety homeless senior in The Lady in the Van (2015).

Maggie Smith was made a Dame Commander of the British Empire (DBE) in 1990, and named a Member of the Order of the Companions of Honour in 2014. Among her many other honors, she was given the Bodley Medal by Oxford’s Bodleian Libraries in 2016 in recognition of her contribution to the performing arts.

Something in Common with Maggie Smith