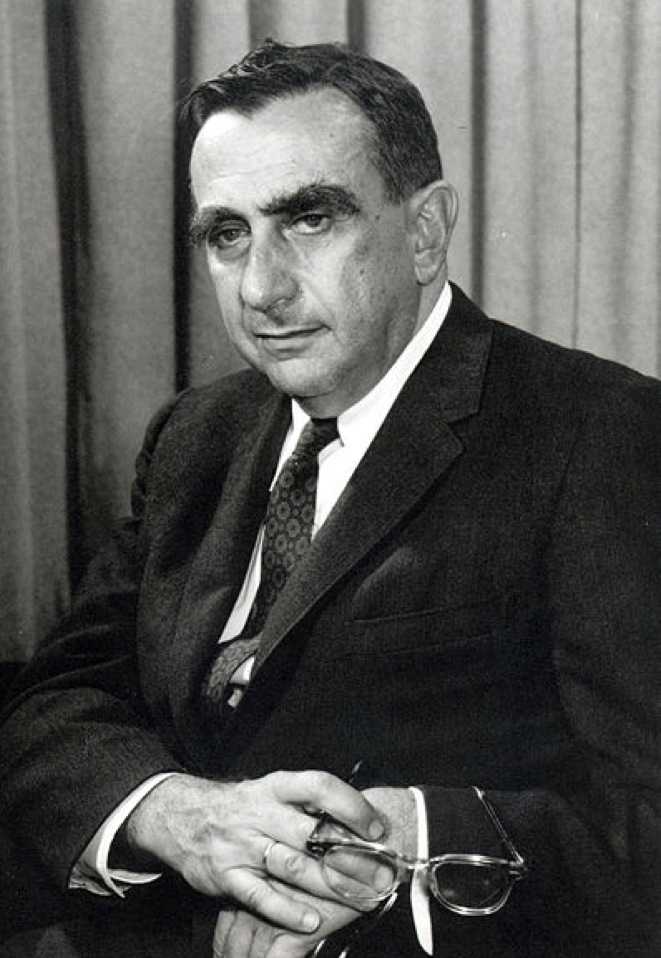 Edward Teller is known as one of the creators of the 1950s super-bomb called the hydrogen bomb — the “H Bomb.”

Teller received his Ph.D. in physics from the University of Leipzig (Germany) in 1930. In 1935 he became professor of Physics at George Washington University in Washington, D.C.

Active in the research that developed the atomic bomb, Teller went on to work on the more powerful hydrogen bomb, first tested in 1952.

From 1954 to 1975 he held top positions at the Lawrence Livermore Laboratory at the University of California.

In the 1980s he was a supporter of President Ronald Reagan‘s Strategic Defense Initiative or SDI — nicknamed “Star Wars” — a protective weapons plan that was widely ridiculed and ultimately abandoned.

During the 1990s, Teller continued to do research and lecture, maintaining his arguments for a strong U.S. defense.

As noted by the Institute of Physics after Edward Teller’s death, “A passionate advocate of nuclear weapons, he angered many physicists after he gave evidence at the 1954 trial of J. Robert Oppenheimer, the leader of the Manhattan project, that led to Oppenheimer losing his security clearance.”

Something in Common with Edward Teller