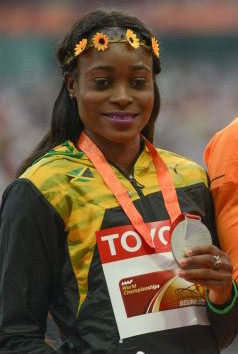 Only a so-so racer in high school, Elaine Thompson improved greatly while at the University of Technology, Jamaica. By 2014 she was winning races, and in 2015 she broke out internationally as one of the fastest women in the world, running the 100-meter race in 10.92 — her first time under 11 seconds.

Something in Common with Elaine Thompson