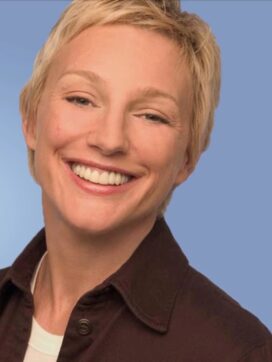 Eleanor Mondale Poling was the daughter of Walter Mondale, the prominent Minnesota politician who was vice president under Jimmy Carter and later U.S. ambassador to Japan.

Eleanor Mondale graduated from St. Lawrence University in New York and began her television career at a Minneapolis local affiliate, then moved up to reporting for the E! Online cable channel and eventually the CBS show This Morning. She also had small roles in a few movies and TV shows, including Three’s Company and Dynasty. In 1998 she gained extra notoriety when an Oval Office meeting she had with President Bill Clinton was mentioned in the Kenneth Starr report.

In June of 2005, she revealed that she was being treated for life-threatening brain tumors and that she had been given six months to live; however, in August of 2006 she announced that the tumors had disappeared. That same month she began co-hosting a radio talk show on Minneapolis radio station WCCO. Eleanor Mondale’s cancer returned in 2009, and she underwent more treatment in 2010 before finally succumbing to the disease on September 17, 2011.

Eleanor Mondale married Minnesota musician and composer Chan Poling in June of 2005, and they remained married until her death.  It was Mondale’s third marriage: she had previously married NFL player Keith Van Horne in 1988 and radio DJ Greg Malban, whose on-air name was Greg Thunder, in 1991.

Something in Common with Eleanor Mondale Poling