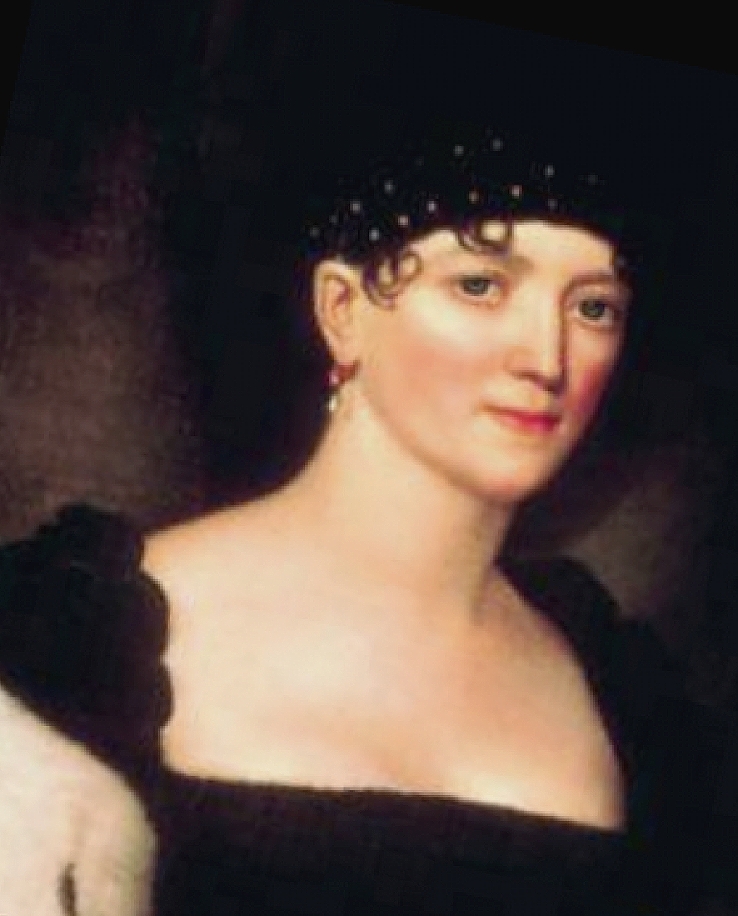 Elizabeth Kortright Monroe was the wife of the fifth president of the United States, James Monroe.

She presided as First Lady during their time in the White House, from 1817 until 1825.

From a well-to-do Loyalist family in colonial New York, she married Monroe in 1786, when she was 17 years old. Her husband was a congressman, senator, governor, foreign diplomat and cabinet member before he reached the presidency, and Elizabeth was known as a gracious, if somewhat aloof, political wife.

During her husband’s diplomatic travels in Europe she became familiar with the finer points of European society (especially Parisian), and as First Lady she tried to incorporate a more formal style to White House events.

But Elizabeth was sickly and reserved, and the American public, fond of the exuberance of Elizabeth’s predecessor, Dolley Madison, seemed to consider Elizabeth an aristocratic snob.

After leaving the White House the Monroes retired to their mansion at Oak Hill, Virginia.

The Monroes had two daughters, Eliza and Maria (a son, James, died in infancy). Maria was the first presidential child married in the White House, in 1820… Some sources list her birthdate as 30 June, some as 30 July. Little is known of her early life… While in Paris during the Reign of Terror, Elizabeth Monroe supposedly helped stop the execution of Madame Lafayette, wife of the Marquis de Lafayette, the famous French supporter of the American revolution.

Something in Common with Elizabeth Monroe