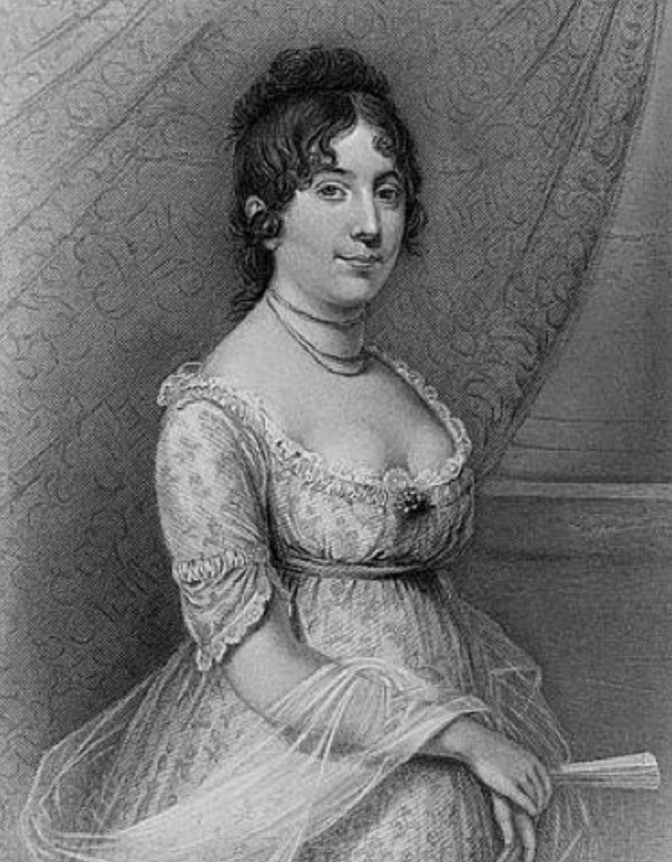 Online exhibit that includes a wealth of Dolley-related material

Biography from the University of Virginia's Miller Center

Hers is one of many biographies here of notable women

Dolley Madison was the wife of James Madison, the fourth president of the United States.

Madison is known as the woman who turned the new nation’s capital at Washington, D. C. from a dull swamp into a high-society social scene.

Aaron Burr introduced the young widow to Madison, who was 17 years her senior, and Dolley married Madison in 1794.

During the presidency of the widowed Thomas Jefferson, Dolley served as the official White House hostess while her husband served as Secretary of State.

James Madison won the presidency in 1808, and Dolley created the role of First Lady as social hostess and trend-setter, furnishing the president’s quarters for the first time and hosting weekly parties of politicians and citizens.

In 1814 British soldiers invaded Washington D. C. and overran the capital while President Madison was out of town. Before the soldiers burned the president’s house, Dolley was able to salvage wagonloads of valuables, including Gilbert Stuart’s now-famous portrait of George Washington; her courage under fire made her a national hero.

When Madison left office the couple retired to Montpelier, their plantation in Virginia. After Madison’s death in 1836, Dolley moved back to Washington and recaptured her role as the premier Washington hostess.

Something in Common with Dolley Madison