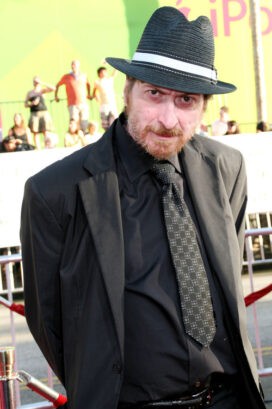 Frank Miller is a comic book artist who first earned popular and critical success in the late 1970s, thanks to his work on Daredevil and its spin-off miniseries, Elektra. His ground-breaking graphic novel Batman: The Dark Knight Returns (1986) recast the classic superhero as a grim, brooding vigilante; its success made Miller one of the best-known comic artists of the late 20th century. It also rejuvenated the entire Batman franchise, and influenced Tim Burton‘s dark 1989 film Batman and its several sequels. Frank Miller has continued to be popular and prolific in the years since, especially with his urban noir series Sin City and 100 Bullets. His other works include the graphic novel Ronin (1983), Give Me Liberty (1990, part of what is called the Martha Washington series), and Big Guy and Rusty the Boy Robot (1995, later an animated TV series). His 1998 graphic novel about ancient Sparta, 300, was made into a hit 2007 film. He wrote and directed the 2008 film The Spirit, a superhero tale based on the character created by Will Eisner.

Frank Miller also wrote the screenplays for the movies Robocop 2 (1990) and Robocop 3 (1993)… Miller frequently collaborates with the writer Lynn Varley.

Something in Common with Frank Miller