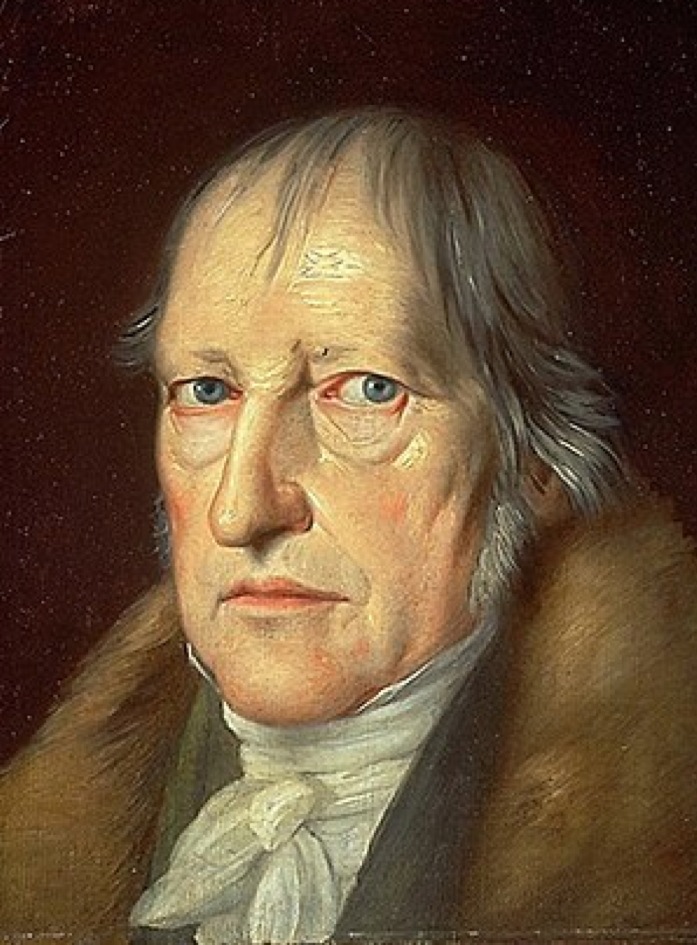 Georg Wilhelm Friedrich Hegel was one of the most influential western philosophers of the 19th century. While a professor in Heidelberg and Berlin he wrote his most famous works, The Phenomenology of the Mind (1806), The Science of Logic (1812) and The Philosophy of Right (1821).

Hegel was dubbed an “Absolute Idealist” because his metaphysical system posited that reality is the result of a historical process whose ultimate end is an understanding of the essence of existence, or “the Absolute.”

This process he called the dialectic: an evolution toward progress that springs out of conflict. (This give-and-take notion is now often called the Hegelian Dialectic. Thesis and Anti-Thesis meet to form Synthesis.)

Hegel also wrote about ethics, religion and politics, and his philosophical system influenced the theories of Karl Marx and Friedrich Engels.

Something in Common with Georg Hegel