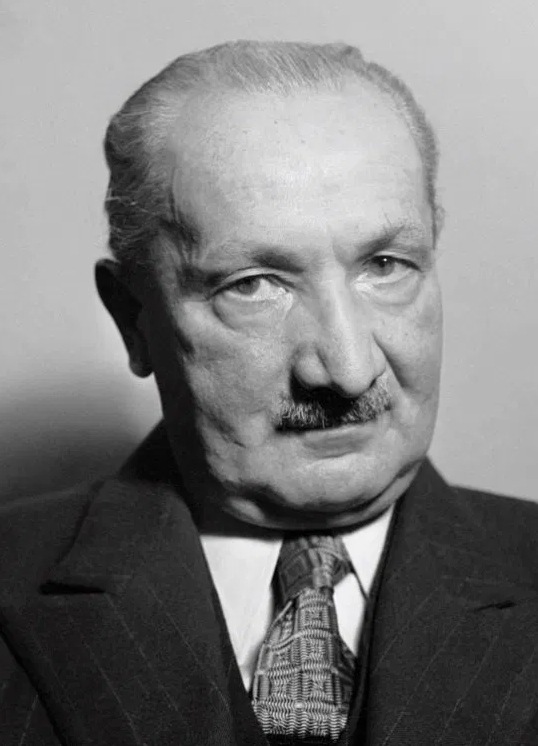 German Martin Heidegger made his mark on western philosophy with the 1927 publication of Being and Time.

Within that tradition, he’s sometimes said to be the most influential philosopher of the 20th century.

Heidegger was an academic and philosopher who spent nearly his entire life in Freiburg, Germany, where his early interest in theology met with the method of phenomenology of mentor Edmund Husserl.

Heidegger challenged the Aristotelian model and asked the question “what is the essence of being?” He believed humans could not be separated from the temporal, historical world. Born into an already constructed social world, our difficult task is to live an “authentic” life, aware of our own finite existence.

This kind of being, bereft of some distinct, everlasting soul, greatly influenced existentialism, especially in France.

Heidegger was famously difficult to read in the original German — he created many of his own terms, including Dasein (“there-being”) — but his challenges to the ideas of René Descartes and Georg Hegel changed the course of western philosophy.

Despite his importance to Western philosophy, Heidegger’s reputation has been tainted by his membership in the Nazi party from 1933 until the end of Hitler’s Germany. As Rector for the University, Heidegger dismissed Jewish faculty and even barred his mentor Edmund Husserl from the grounds (Husserl, a Jew, was also stripped of his emeritus status).

After the war, Heidegger was banned from teaching for several years, but by the 1950s was back at the academic life.

Martin Heidegger was a mentor to Hannah Arendt. They had an affair when she was a student and he was her professor (he was 35 and married, she was 19). Confirmation of this love affair came to light many years after their deaths.

Something in Common with Martin Heidegger