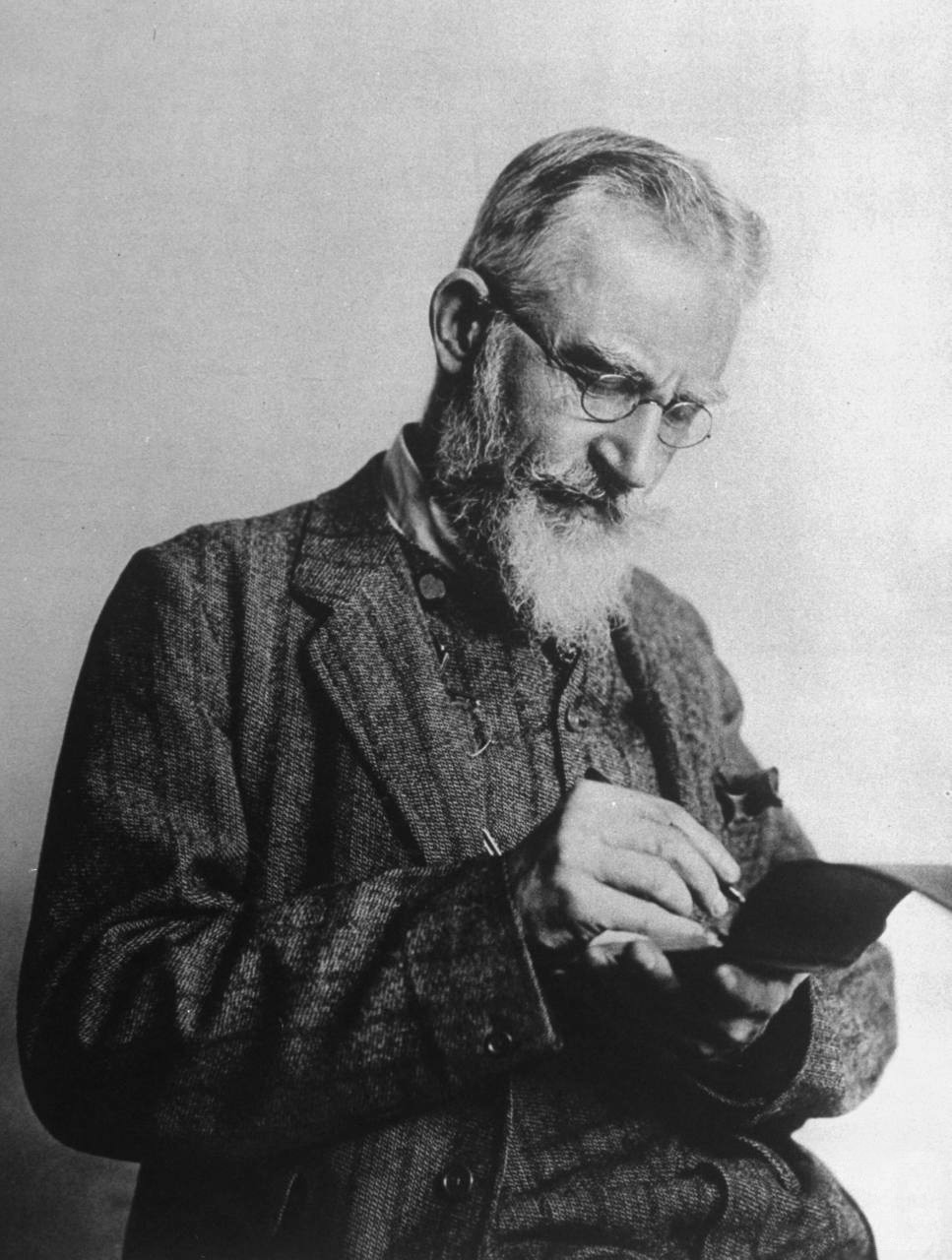 George Bernard Shaw was a superstar playwright and tart-tongued literary personality of the early 20th century. His most famous plays include Arms and the Man (1894), Major Barbara (1905), Pygmalion (1914) and Saint Joan (1923).

George Bernard Shaw first gained fame as a music critic under the pen name ‘Corno di Bassetto,’ but by then he had already begun writing essays, political pamphlets, books and (eventually) plays. Today he may be best known for the hit stage play Pygmalion, the story of a stuffy linguist who bets he can teach a Cockney girl to speak proper English — only to fall in love with her. A solid hit in its day, the story became even more famous 50 years later when it was adapted into the Broadway musical My Fair Lady.

George Bernard Shaw is also remembered for his frankly large ego and sometimes prickly personality: he was a vegetarian and teetotaler, a radical socialist and social reformer, and a noted caustic wit who remained active until his death at age 94. His ascerbic commentary became so well-known that it is sometimes described with the adjective Shavian.

Shaw won the 1925 Nobel Prize for Literature, then an Oscar in 1938 for his film screenplay for a non-musical version of Pygmalion. He remains the only person to win both an Oscar and a Nobel Prize.

American politician Al Gore won the 2007 Nobel Peace Prize, and also wrote and starred in the Oscar-winning documentary An Inconvenient Truth, but was not himself awarded an Oscar for the film; the Oscar went to the film’s producers… The original character of Pygmalion appears in a story told in Ovid‘s Metamorphoses: Pygmalion was a sculptor who fell in love with his own sculpture of a beautiful woman.

Something in Common with George Bernard Shaw