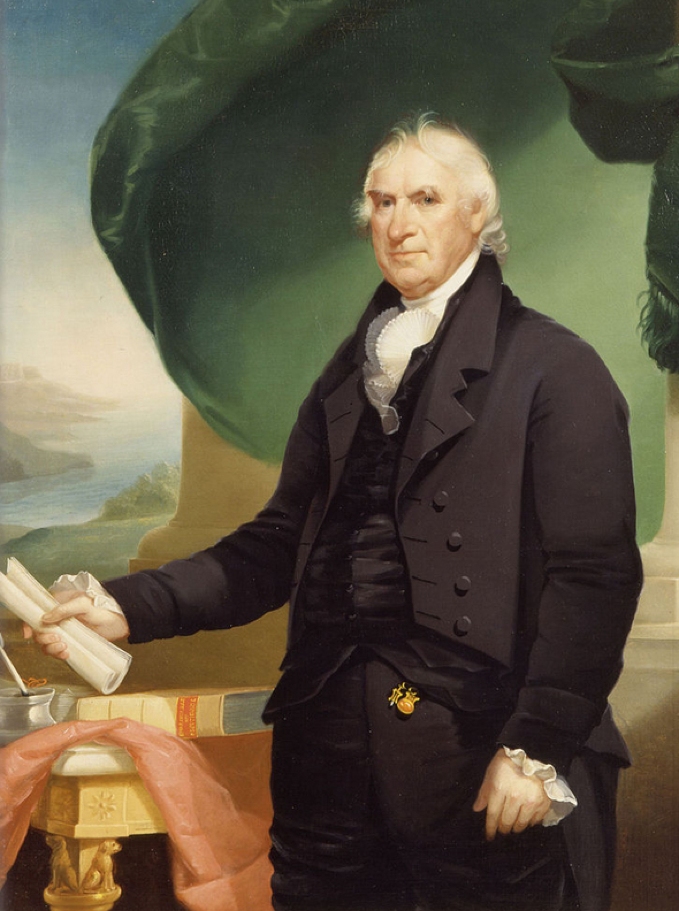 George Clinton was one of the most powerful men in New York at the time of the American war for independence, a Revolutionary War hero and longtime governor who ended his life serving as the vice president for both Thomas Jefferson and James Madison.

Born in colonial New York, he fought in the French and Indian Wars with the British and their allies and participated in the capture of Montreal (1760).

In his home county of Ulster, New York he practiced law, was a surveyor and land speculator and entered politics before he was 30, when he was elected to the New York Assembly (1768).

Clinton served with the rebels in the Revolutionary War as George Washington‘s best hope to keep the British from seizing the Hudson River and cutting off New England from the southern colonies.

He opposed ratification of the Constitution, but he lost that battle and New York joined the new federation.

Picked by the Democratic-Republicans in 1804 to be vice president under Thomas Jefferson, Clinton was, by all accounts, too old and too uninterested in his duties — he spent most of his time at his home in New York. Nonetheless, he was angered by Jefferson’s choice of James Madison as successor to the presidency.

Clinton took the consolation prize of Madison’s vice president, elected in 1808, but didn’t attend Madison’s inauguration and stubbornly opposed the president’s policies. Clinton was the first vice president to die in office, at the age of 72 in 1812.

Something in Common with George Clinton