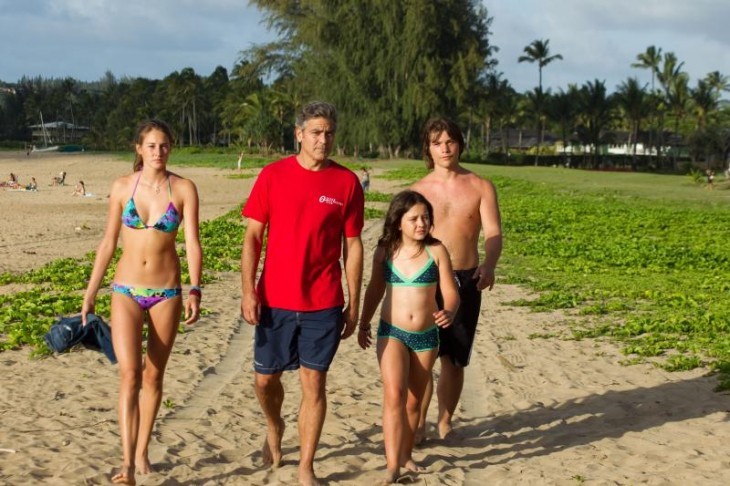 From left: Shailene Woodley, Geoge Clooney, Amara Miller and Nick Krause as they appeared together in The Descendants, the 2011 film directed by Alexander Payne.  Clooney played Matt King, a modern-day Hawaiian with noble blood, who faces up to a life crisis when his wife is terribly injured in an accident.  The girls played his two daughters; Krause played Woodley's hunky boyfriend.

See our biography of George Clooney 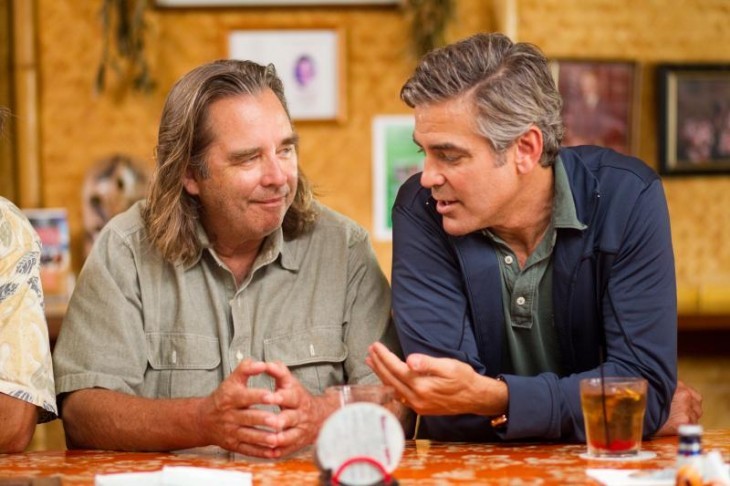 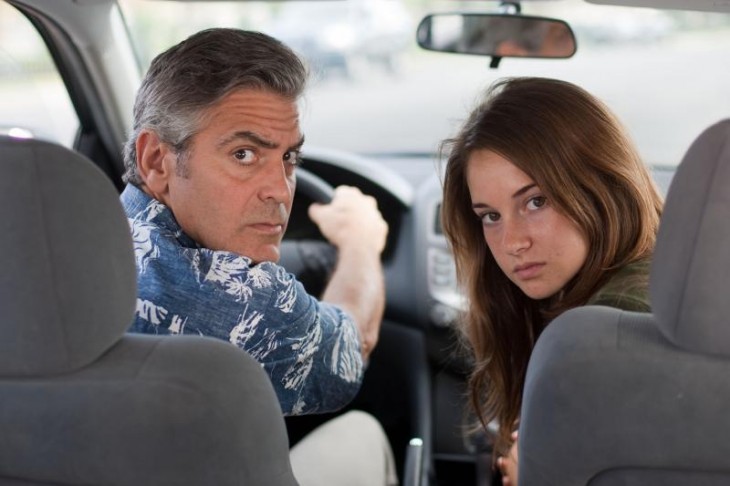