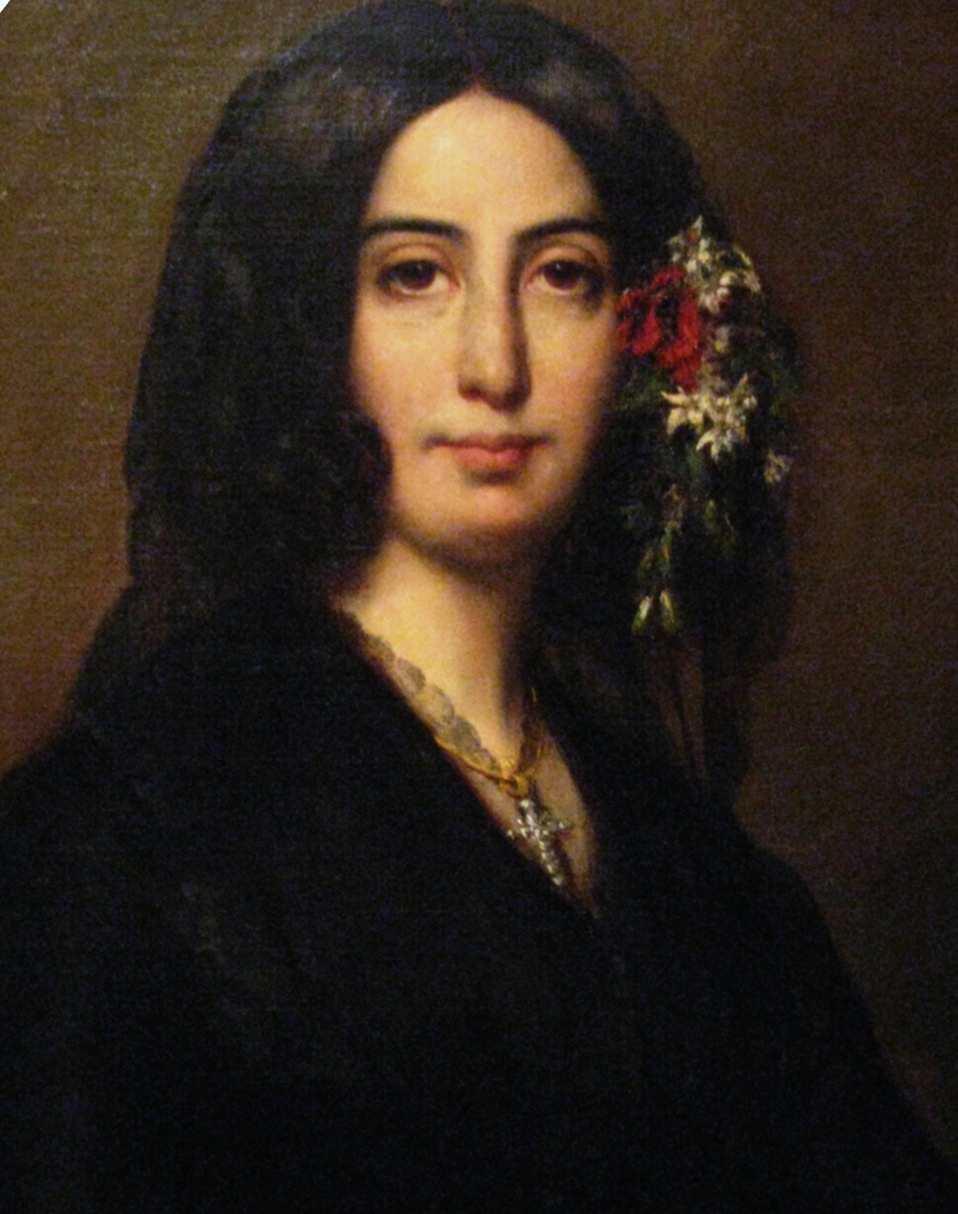 George Sand was the pseudonym for Aurore Dudevant (neé Dupin), a 19th century French author known for her prolific output of novels, plays and essays and — these days especially — famous for her commitment to flouting fashion and sexual conventions.

Sand was an audacious woman who dressed like a man, had many high-profile love affairs and, during her lifetime and since, earned a reputation as one of France’s great novelists, rivaled only by Victor Hugo.

She married Baron Dudevant when she was eighteen and already heir to her grandmother’s estate. They had two children, but by 1831 she was done with him. Her husband got the estate and she got an allowance — and the children.

She moved to Paris and right away began a career as a writer, her first success coming as the co-author of a novel with Jules Sandean, under the pseudonym Jules Sand.

Pseudonyms suited her, and she eventually landed on George Sand.

In Paris she cranked out prose and learned that men’s clothing was a lot cheaper, and that, dressed as a man, she had more access to many levels society.

Her early novels, Indiana (1832), Valentine (1832) and Léila (1833), made her a celebrity, and her private life became the talk of Paris: George Sand not only dressed like a man (most of the time), she carried on love affairs with artists of public renown, including poet Alfred de Musset and, more famously, composer Frederic Chopin.

Her writing style is often labeled passionate and emotional, and her dozens of novels include an early period of what might now be called women’s rights stories, a middle period with more emphasis on the downtrodden in general and, finally, a later period of rustic novels informed by her life in rural France.

Sand’s gender-bending boldness made her a hero of social reformers in the late 20th century, but outside of France her impact on Western literature has diminished over the years.

George Sand had a boy and a girl, Maurice (b. 1823) and Solange (b. 1828)… Among the many lovers Sand had, it’s often noted that she had a lesbian affair with actress Marie Duval, although this seems to be based solely on accusations by the poet and dramatist Alfred-Victor de Vigny, an embittered ex-lover of Duval… George Sand was also known to be close with Gustave Flaubert and Franz Liszt.

Something in Common with George Sand