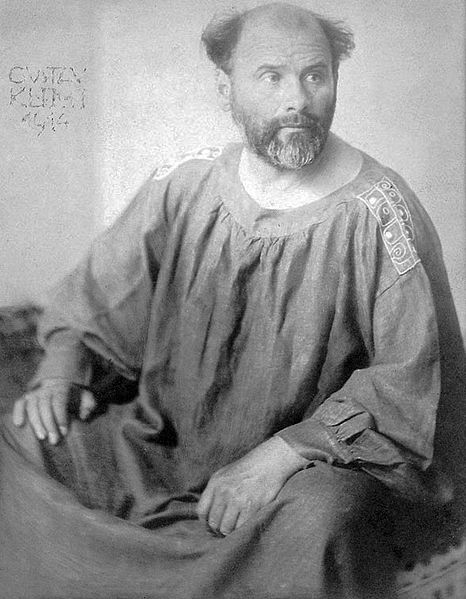 Artist Gustav Klimt, like composer Gustav Mahler, philosopher Ludwig Wittgenstein and big-time thinker Sigmund Freud, was a hotshot of Vienna’s glory days at the turn of the 20th century.

Influenced by Impressionism, Symbolism and Art Nouveau, Gustav Klimt founded the Vienna Secession (1898), an avant-garde art movement that included a broad base of artisans and craftsmen as well as painters. Klimt himself was known more for elaborate graphic schemes than “painterly” work — his most famous piece, The Kiss (1908), shows his distinctive gold-encrusted decorations over a semi-realistic portrait of an embracing couple.

Gustav Klimt was a big influence on the decorative arts in Austria. His other most famous paintings include Salome (1901, also known as Judith and the Head of Holofernes) Adele Bloch-Bauer I (1907, also known as Golden Adele) and Hygeia (1907, detail from Medicine).

Gustav Klimt was played by actor John Malkovich in the 2006 biopic Klimt.

Something in Common with Gustav Klimt